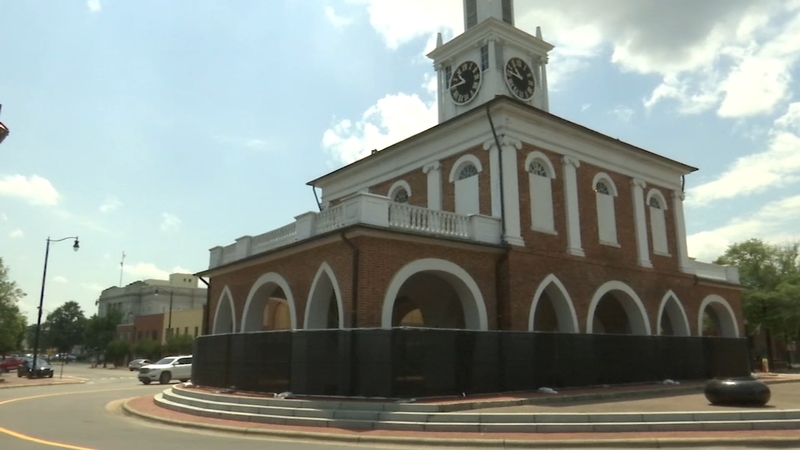 "Change is coming to America. There's a reform taking place. We have to understand that Fayetteville has to be, and will be, included in that," said Mayor Mitch Colvin

Colvin told ABC11 that city council members are planning a trip to Montgomery, Alabama for a lesson on how to use history as an educational tool. It's where the National Memorial for Peace and Justice displays the history of racism and slavery in America. According to Colvin, this trip could help city council determine the future of the Market House.

"It has been a huge economic driver for Montgomery. It's a way to tell the story about what happened. It's a way to highlight those things so the people who it happened to won't feel their stories are untold. We continue to look the other way," said Colvin. "I think that's a mistake we made. There's been denial about what happened at the Market House. There's been minimization about whether it was one or 1,000 people sold. It was minimized and brushed off by saying it was used for other things."

According to Colvin, Montgomery city leaders removed the site of the Montgomery Slave Trade many years ago and replaced it with a city fountain.

On Monday, volunteers and two local artists painted, "End Racism Now" and "Black Lives Do Matter" around the heart of downtown Fayetteville. That happened the same day city council leaders voted to remove the Market House logo from city property.

"We have a lot of logistics to work out, but the bottom line is the message is loud and clear. We no longer want to be associated with the Market House symbolism," said Colvin.