Triangle trio set to square off in NBA Finals 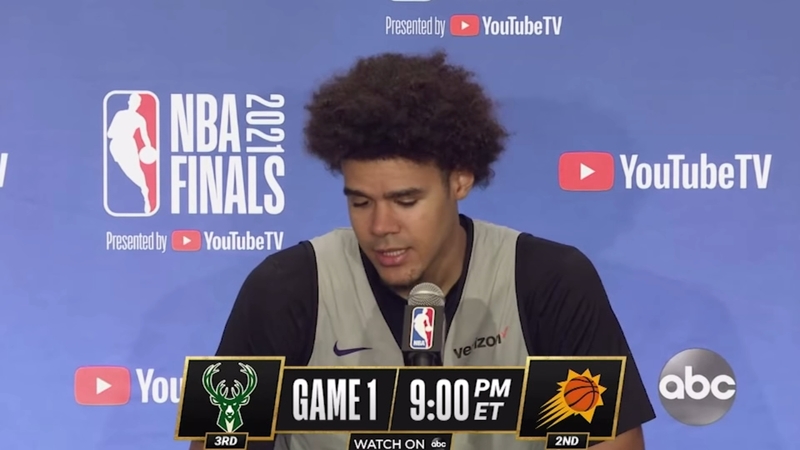 Triangle trio set to square off in NBA Finals

The NBA Finals will feature a Triangle trio, one of whom played high school basketball in the area, and a couple who thrilled fans during their playing days at North Carolina.

A star at Enloe High School P.J. Tucker was traded from Houston to Milwaukee in March. He was highly sought after from almost every winning team in what is the last year of his contract.

Tucker said that he saw the move transpiring before it actually happened.

"I went from probably one of the lowest moments I had to start the season out to being exactly where I seen myself here," Tucker said. "In picking Milwaukee ... that was huge. Like actually picking Milwaukee; we chose each other. Like organic."

Tucker's teammate Justin Jackson could become the 18th Tar Heel to win an NBA title. He hasn't seen a lot of court time during the postseason having played in just five of the 17 games for a total of 15 minutes. Despite leaving Carolina a year early, getting footing in the NBA has been a challenge. He's been traded three times and waived once.

On the other hand, Cam Johnson has found a home in Phoenix. Johnson played two years at UNC after transferring from Pitt and finished as the team's MVP in 2019. His production has amped up during the playoffs. He's scored in double digits in four of his last five games with the Suns.

A stomach virus knocked Johnson out of Game 6 of the Western Conference Finals, but he said he's good to go for Game 1 on Tuesday night.

"This means a lot. I've obviously watched the finals every year of my life," Johnson said. "This is obviously something that millions and millions of people around the world would give a lot to be a part of. I'm just really thankful."

From just up the road is Chris Paul, who is from Winston-Salem and played college ball at Wake Forest. He's trying to win his first NBA title for a Phoenix franchise that likewise has never tasted a championship.

Paul said he is trying not to put too much pressure on himself.

"You always got to remember this is a kid's game that we play," Paul said. "So, this is a blessing and an opportunity to play this game so there is balance; I think our team knows when to lock in."