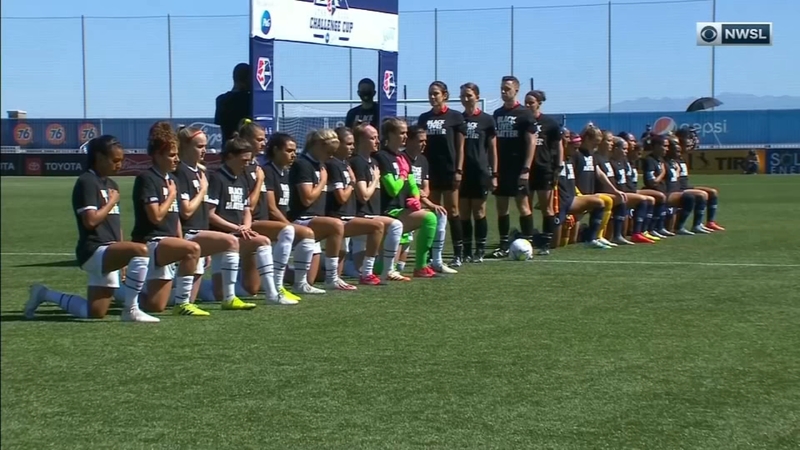 For the first time in months, we have team sports being played in the United States and the North Carolina Courage are front and center.

At the #NWSLChallengeCup all the ⁦⁦@TheNCCourage⁩ and ⁦@ThornsFC⁩ kneel during the National Anthem in support of #BLM pic.twitter.com/wXiy1PnLQU

The leagues defending champion Courage and Portland Thorns are the first professional teams to meet since George Floyd's death and the ensuing protests.
All players on both sides took a knee as the National Anthem played in addition to wearing an armband in support of the Black Lives Matter movement.

The teams also knelt through a 46 second moment of silence before the start of the game.