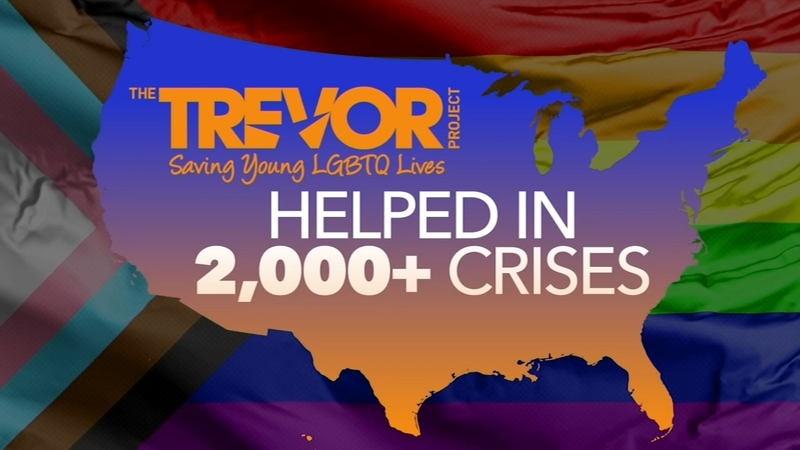 DURHAM, N.C. (WTVD) -- More than a year after her school closed for in-person learning, 17-year-old Hazel Hart is still not back in the classroom.

Now a senior at C.E. Jordan High School, she said she's faced many of the same pandemic-related struggles as her classmates: adjusting to classes over a computer screen and social clubs from far away.

But in a way, virtual learning has given Hazel an opportunity she might not have had if she were in school in person.

"This year would've been a lot harder for me because this is really the first year I've started to understand my gender identity, how I want to be presented to other people, what clothes I want to wear," Hart said. "If I had to be in person this year, I'd be worrying about that a lot more."

Hart said the time at home, though it came with some struggles like having to ask her school administrators to change her name in the online learning system, gave her the time and space to come out as transgender.

"It's helped me get a period of, oh, I have to voice train. I have to think about what I want to wear. I have to think of how I want to do my hair up, and I don't have to then go out and say, 'hey, this is what I'm doing right away,'" Hart said. "I can have that time to experiment and find out what works and what doesn't with names and pronouns and clothes and hair and so on and so forth. It's nice to be able to be home and figure that out before I need to go out and do it in public."

But Hart, who co-leads her school's Spectrum Alliance for her fellow LGBTQ classmates, recognized that her positive experience was not universal, and some students struggled to find safe spaces in their homes. She said she felt Spectrum was a lifeline for many of those students, especially now that they can meet online.

"It's easier to find those groups when you don't have to go somewhere physically to find them," Hart said.

Groups such as the Trevor Project, the world's largest suicide prevention and crisis intervention organization for LGBTQ youth, are helping where teams like Hazel's can't reach students in need.

"For so many LGBTQ young people, being in a physical school environment where they can have that one supportive teacher or guidance counselor or GSA or friend is the only source of support they have," Amit Paley, the Trevor Project's CEO, said.

Since March 2020, the Trevor Project received more than 2,000 contacts from North Carolina youth. But a representative from the organization estimated that number to be less than five percent of the state's LGBTQ youth who could be in crisis and in need of help.

"For LGBTQ people, having just one accepting adult in their life can reduce their risk of suicide by 40 percent," Paley said. "That's an enormous number in a public health perspective."

Paley, who has been a volunteer for the Trevor Project for more than a decade, said young people can contact them via phone at 1-866-488-7386, online chat, or text at 678-678. They can also visit the Trevor Project website to read affirming messages or use their social network for peer-to-peer support.

But as virtual learning comes to a close, Hart is getting ready to come out to her classmates in person.

"They haven't seen me since mid-March of last year," Hart said. "They still have this vision of me in their heads and then it's, oh, I've changed so much in the last 11 or so months. Yeah, just kind of try and deal with that real quick and we'll all just go to class."