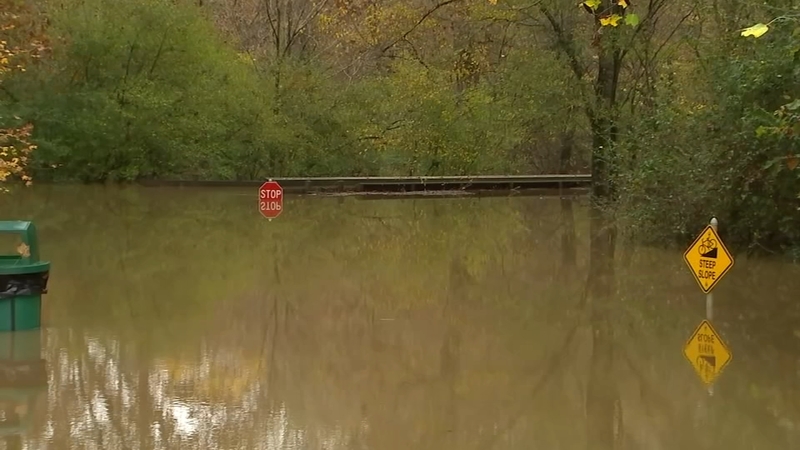 RALEIGH (WTVD) -- Much of North Carolina is still dealing with the fallout from heavy rainfall over the last two days.

Several rivers, including the Haw, Cape Fear, Neuse and Tar, are expected to flood and become a problem over the weekend. The Tar River in Tarboro is expected to crest Sunday morning at 31.7 feet (flood stage is 19 feet and major flood stage is 32 feet).

Governor Roy Cooper on Friday declared a State of Emergency in response.

Rivers such as the Neuse, Haw and Cape Fear are expected crest over the next 48 hours.

Multiple bodies have been found at a flooded campground in Hiddenite. A state search and rescue task force arrived Thursday night in Alexander County to assist in the search for other missing people.

One death was reported in Wake County, where a child drowned in a creek. The State Highway Patrol reports several additional fatalities from weather-related collisions or accidents in Iredell, Alexander, Rockingham and Person counties.

Local states of emergency have been declared in Alexander, Burke, Catawba, Iredell and Yadkin counties.

All lanes of I-95 North are closed near Smithfield as part of the road buckled.

Numerous water rescues occurred Thursday across the state. The National Weather Service is estimating more than 9 inches of rain fell in Rocky Mount and Harrisburg. Many other areas saw estimated rainfall amounts between 4 inches and 9 inches, exceeding weather forecasts.