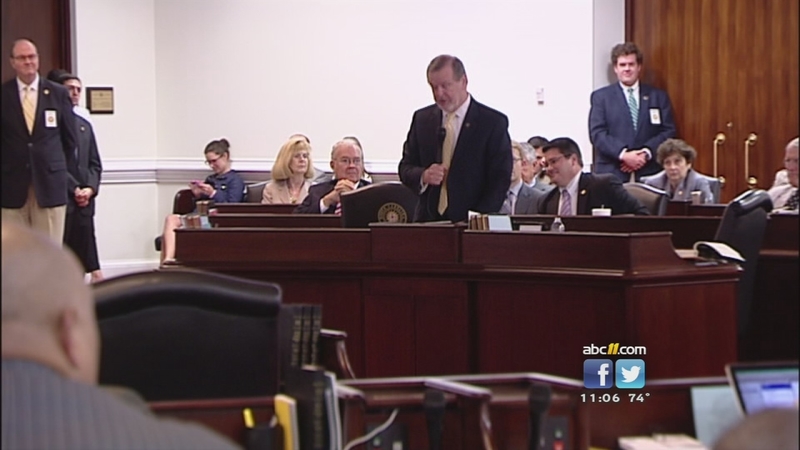 RALEIGH (WTVD) -- Some North Carolina senate leaders say they expect to have a final draft of the budget in their hands as early as Wednesday and for the General Assembly to pass it by the end of this week.

Both Senate Leader Republican Phil Berger and Democratic Sen. Floyd McKissick highlighted teacher pay among the compromises between the House and Senate.

"At this point and time teachers will be getting a seven percent pay raise, perhaps a little bit more. Teaching assistants would be spared which is excellent," McKissick said, "But at the same time, it hasn't been determined how all of this will be paid for. Those are details which have yet to be disclosed."

"I think what we have is something the folks that prioritize the teacher assistants should be satisfied with where we are and those who wanted to make sure that we gave teachers the most robust raise, I think they'll be satisfied as well," Berger told ABC11.

However, Berger wouldn't reveal exactly how the state would fund the teacher pay raises.

The budget uses $25 million in non-recurring money from the lottery to preserve teacher assistant positions, which was a major priority of the previous House budget.

McKissick worries some of the reforms could come at the expense of the state's social programs.

"If you're paying for teachers and teacher assistants on one side, you're going to have to pay for it on the other side. The question is how do you get toward the devil in the details," asked McKissick.

The original deadline for the state legislature to approve a budget deal passed July 1, which is when the new fiscal year began. The state is still able to operate because of a two-year budget the general assembly approved in 2013.