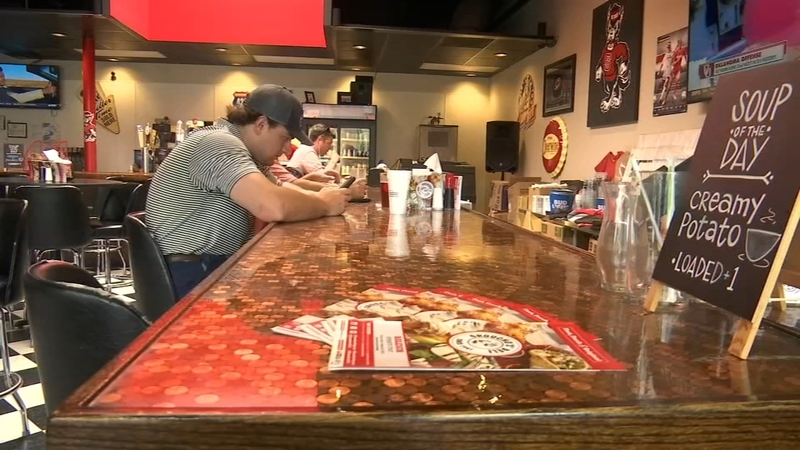 RALEIGH (WTVD) -- Businesses surrounding NC State's campus understand the summer months will typically bring a dip in sales, as students and staff leave the area. However, in most years, they're buoyed by strong support the first months of the year.

But after more than a year of decreased sales following the pandemic, the upcoming stretch could be difficult.

In November 2019, Cha House had their soft open along Hillsborough Street, before their grand opening in January 2020.

"January, February, and March we were well into the black," said Cha House Raleigh co-owner Garth Hockersmith, a promising sign for a new business.

Then the pandemic struck and students were forced to leave campus. Even when they were allowed to return, many opted not to, and were largely hesitant as businesses faced capacity limits and tight restrictions.

"It was like 85% of our sales got cut off," said fellow co-owner Chrissy Vorpagel.

Big events are back, but are Raleighites ready to make a return?

It's why they're reaching out the broader community, knowing the importance of the next couple months.

"Since graduation in May, we've actually started to see more people come out from the community. People we recognize from last year, people that we know are brand new from the community because they've never come in before," said Vorpagel.

"We anticipated (a slow return) by having to take the responsibility on ourselves to ensure that Cha House would remain through the summertime. Unfortunately, that was another very large loan. Our sale are going to be going down, we know that. So we had to borrow the cash to get us through the hard times," said Hockersmith.

In 2020, their sales were down 33% compared to their projections, though Hockersmith optimistically noted they have seen an uptick in 2021.

"We would love to see the community be able to embrace a more pre-COVID type of mentality, not just from a commercial perspective, but this is an event place. Cha House wants to have people come here. Stay, chill, get some tea, get some coffee, meet your friends. Bring in artists. We've shot music videos here, we've done pop-up events. We've done all kinds of stuff here. We want to keep doing that," said Hockersmith.

About a half mile down the road, Groucho's Deli on Horne Street is also trying to reach a wider audience.

Patton says that, while there was a slight increase in traffic during second semester, they're nowhere near pre-pandemic levels.

"It's still really, really far down compared to the last 8 years. It's completely different. It's night and day," said Patton.

Businesses in the area often rely on students to make up key portions of their workforce.

"99% of our staff is college students. So again right now, nobody is able to hire. We're offering hiring bonuses to our staff that is currently with us if they can bring somebody in. We're offering them an incentive," said Patton, who believes that applications will pick up when students return to campus.

On that note, despite the challenges, Patton is optimistic sales will increase next semester.