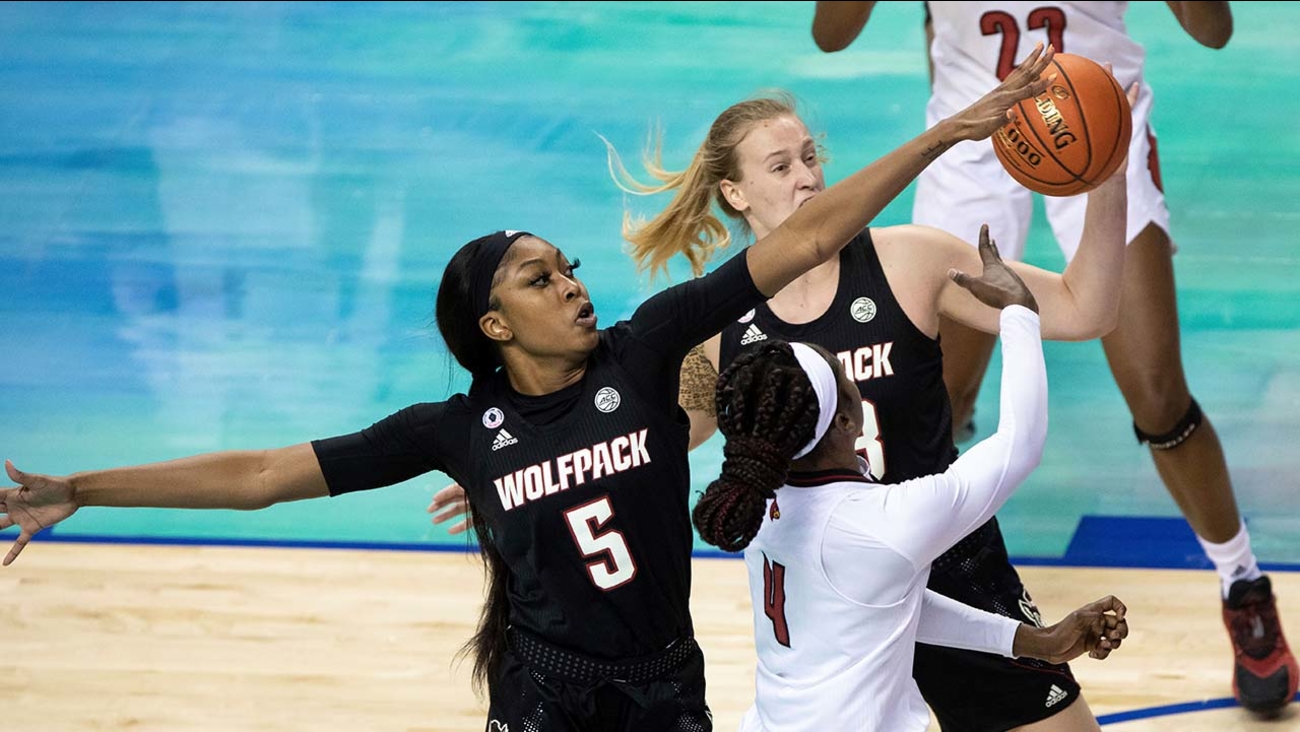 Perez's shot broke a tie game in a tense finish between two of the nation's top teams in which neither led by more than one point over the final 4 minutes. And it secured the Wolfpack's first back-to-back titles in program history.

On the winning play, Perez initially started to pass to teammate Elissa Cunane rolling into the lane, but had to pull the ball back when the pass wasn't there. Instead, she collected her feet and shook off six straight misses dating to the second quarter to bury the jumper for the second-seeded Wolfpack (20-2).

The top-seeded Cardinals (23-3) had a final chance to win it, inbounding the ball under their own basket with 1 second left. But Dana Evans missed a 3 off Kianna Smith's inbounds pass at the horn, sending Wolfpack players spilling to center court to celebrate.

NC State finds a way to battle through everything 2020 and COVID brought and win back-to-back titles pic.twitter.com/9nkD4HBSQE