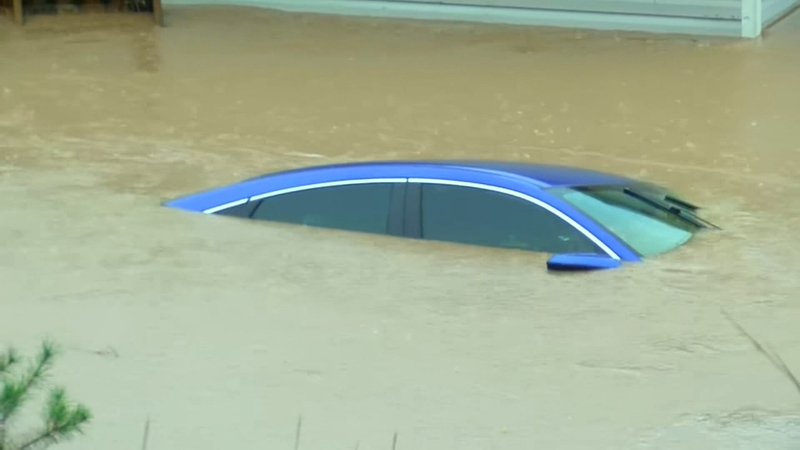 HIDDENITE, N.C. (WTVD) -- Four bodies have been recovered and two people are still missing after floodwaters rose overnight at an Alexander County campsite.

Alexander County officials confirmed at 4 p.m. that four bodies had been found so far. One adult and one child are still missing.

The campsite is called Hiddenite Family Campground. It is a family-owned campground located along the Yadkin River.

Waters near the campground rose when Alexander County experienced major flooding with approximately 7 to 10 inches of rain overnight.

About 50 roadways across the county were compromised, with four bridges washed out.

As of 2 p.m., officials said the doors to the campers could not be opened due to high water. Emergency personnel are continuing the search for the missing.

A school in Charlotte had to be evacuated due to flooding.

One of the three deaths confirmed was related to a car accident on Hopewell Church Road in the Vashti community that occurred due to a bridge outage and high water. The driver was pronounced dead at the scene.

Heavy rain continued for the second-straight day on Thursday, causing problems for drivers.