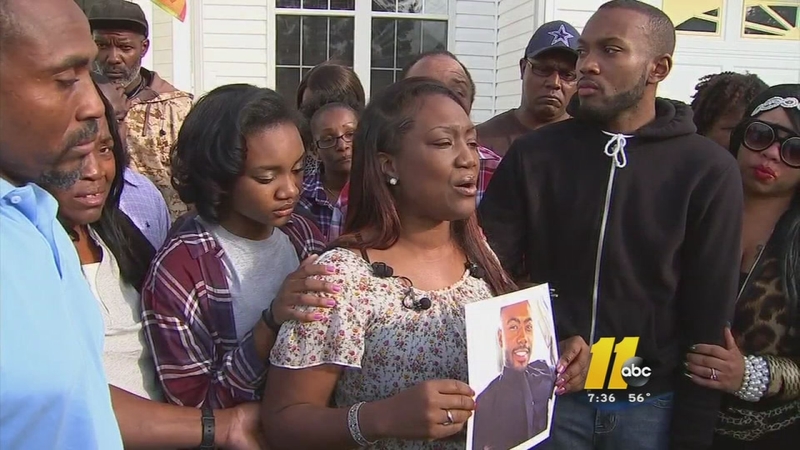 RALEIGH (WTVD) -- Reka Faison has been leaning on her faith more than ever. Her world was turned upside down Friday morning when her 23-year-old son was found dead along Poole Road.

Highway Patrol says he was killed in a hit and run accident.

When Terrance Faison was discovered near Rock Road, troopers immediately blocked off the area.

Reka was driving through the detour when she pulled over her car and told a trooper her son was missing overnight. She soon learned he would never be coming home.

"He laid there all night and I went to get him, but I was too late," said Reka.

Flowers have been placed near where his body was discovered.

"He was my heart and my only son and I love him so much," she said.

Family members describe Terrance as smart, kind, well-mannered, and hard-working. He was holding down two jobs so he could finish his education at North Carolina Central University. He worked as a teller at a Wells Fargo Bank during the day and a Macy's department store at night. In fact, family says he was hit not long after wrapping up a shift at the clothing store Thursday.

Troopers have recovered a piece of the vehicle involved in the crash. They determined it was likely from a 2004 or 2005 two-toned Ford Expedition Eddie Bauer edition with gold on the bottom.

#BreakingNews-Authorities looking for person who hit and killed a pedestrian on Poole Rd. #ABC11Eyewitness pic.twitter.com/7KzhFjHIkQ

The family is praying the person who was driving the SUV will turn himself or herself in to authorities.

"You killed somebody's son," said Reka. "I just want you to come forward. I want to sleep. I want to rest knowing that you were honest and turned yourself in. I have peace. My heart is broken, but I have peace. But you need to get peace."

While the family waits for answers, they are preparing to bury the Garner High School graduate. Family says the service will likely be Friday at the Carlton Gray Funeral Home in Raleigh.