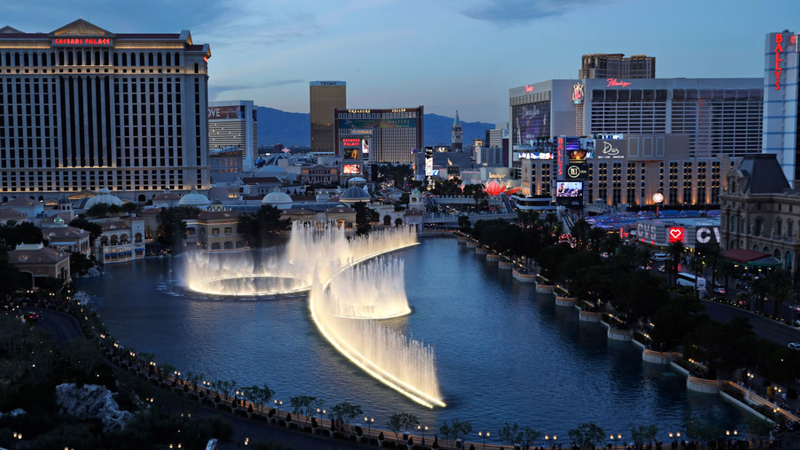 And there's no better way to introduce the league to the grandiose atmosphere of Sin City than the plans the town has for the 2020 NFL Draft.

The Raiders released a first-look at what the draft in Las Vegas will look like.
So far, it's living up to the Vegas show-business reputation. It's got all the glitz and glam and "lights, camera, action!" and is definitely over the top.

The #NFLDraft is going to be a show in Las Vegas and you will see the entire thing on @abc7newsbayarea #ABC7Now pic.twitter.com/aBHG0j4vSi

The promo tweeted by the Raiders says, "The future is here."

Those efforts will center on Caesars Palace and the Bellagio hotels. The main stage for the draft will be constructed beginning April 3 next to Caesars Forum.

One of the stages will even be located in the Fountains of Bellagio!

It will include a viewing zone to watch the first-round selections on Thursday night, the second and third rounds on Friday night, and the remaining four rounds on Saturday.

That stage also will host daily performances by a variety of entertainers throughout the three days.

Teams will make their selections at the Caesars Forum conference center in what the league and city are dubbing Selection Square.
Adjacent to the main stage will be the NFL Draft Experience where fans can participate in interactive games, view the Vince Lombardi Trophy and attend autograph sessions with NFL players and former players.

There also will be a stage at the Experience for performances by local talent, all available without charge.

Go here for the latest stories and videos about the NFL Draft.