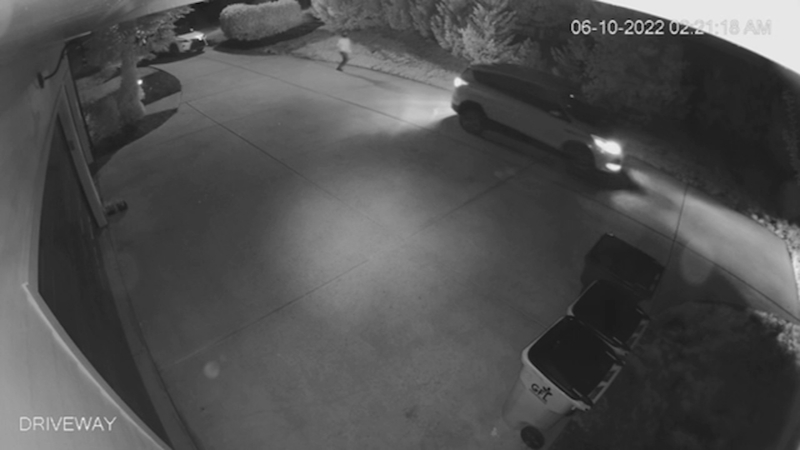 RALEIGH, N.C. (WTVD) -- The Wake County Sheriff's Office said Friday that three people have been arrested in connection with a rash of break-ins and burglaries in northern Wake County.

The sheriff's office said the arrests are related to more than 40 separate cases.

Isaac Joshua Munoz, 20, Keshaun Christopher Byrd, 20, both of Raleigh, and Nelson Gomez Perez, 19. of Durham, are all under arrest.

The Wake County Sheriff's Office also found that a juvenile girl who was with the suspects is a reported missing teen in Pennsylvania. Wake County Child Protective Services and the Department of Homeland Security were notified to assist in her case.

Twelve Wake County investigators worked on the case and well as other units and experts.

The investigation began when the sheriff's office received "an unprecedented number of calls" regarding thieves entering victims' cars and opening their garage doors, stealing luxury style vehicles, computers, guns, and other personal items. On several occasions, the suspects were seen on video surveillance cameras.

The suspects were also spotted on two occasions in what appeared to be stolen vehicles from the neighborhoods victimized and they eluded law enforcement at high rates of speed.

All the vehicles that were stolen from Wake County were either eventually recovered the next morning or the next day abandoned at either an apartment complex, downtown Durham, a house under construction or in the middle of the road with the engine running in northern Wake County.

A stolen vehicle was instrumental to a break in the cases.

On Thursday morning, Wake County deputies spotted one of the stolen vehicles and attempted to make a traffic stop. The suspects fled the area, but later in the day, deputies saw the stolen vehicle entering an apartment complex. Two people in the car matched the description of the suspects and during the operation, deputies watched three people leaving an apartment and getting into another vehicle.

Shortly after they drove away, deputies stopped the cars and detained the occupants: Byrd, Munoz and the underage teen.

The sheriff said Byrd and Munoz confessed to the crimes. Meanwhile, investigators searched their apartment and found a large amount of evidence including guns, cash, counterfeit money, lawn equipment, electronics, and other items.

"Over the past several weeks, the Wake County Sheriff's Office has used every available deputy and resource to apprehend those responsible for the burglaries," said Wake County Sheriff Gerald Baker. "These arrests should send a clear message that this office will use all available resources to go after those who commit criminal acts in our County. Despite the recent arrests, the Sheriff's Office will continue to follow leads to determine if there are other subjects involved in the burglaries. I'm so proud of the work of this office, especially our Criminal Investigative, Technical Operations and Patrol Divisions, did in making arrests in this case."

Perez, the third suspect, is in the Chatham County Jail, under a $50,000 secured bond.