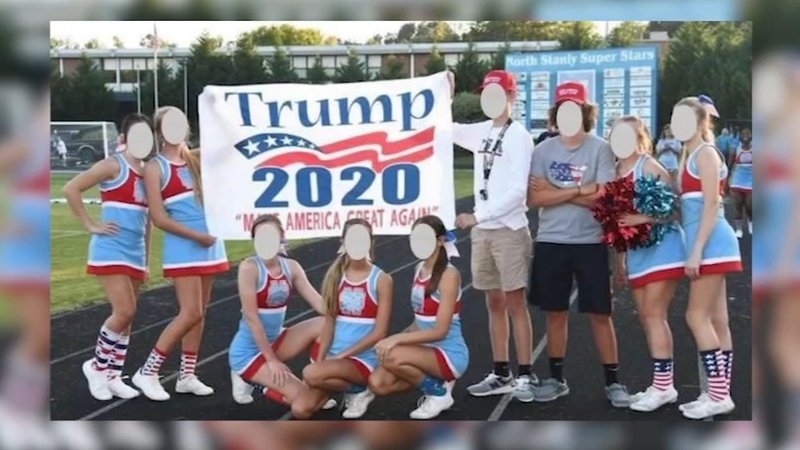 Cheerleaders who held up Trump sign to be reinstated

STANLY COUNTY, N.C. (WTVD) -- The North Carolina cheerleading team suspended after posing with a Trump banner could be back on the sidelines Friday night.

The North Carolina Athletic Association said the probation is set to end Friday for the North Stanly High School cheer squad. The suspension was originally set to last the entire season.

School officials said that even though the probation will be lifted early, their policies have not changed and they will still not condone students holding political banners at football games.

The high school canceled its Friday night football game on September 20 after the district was "notified of additional information that could compromise safety measures in place for sporting events."

The North Stanly High School cheerleaders were put on probation after posing in front of a "Trump 2020: Make America Great Again" banner in August before a football game. The photo circulated on Facebook and caught the attention of administrators.

An investigation found the cheerleaders violated Stanly County Schools' policy against political advertisements on campus or at school events.