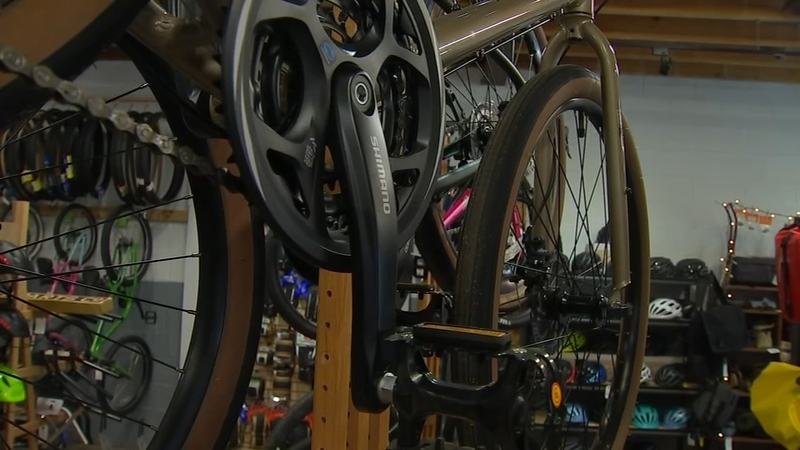 RALEIGH, N.C. (WTVD) -- A day after the City of Raleigh held a meeting to discuss improving the biking infrastructure in downtown, a bicyclist was killed after being hit by a vehicle Tuesday night.

According to the wreck report from the Raleigh Police Department, the driver had a green light and was going straight on South McDowell Street around 9:30 Tuesday night. A bicyclist was riding in the crosswalk near West Lenoir Street while the "Don't Walk" sign was flashing, according to the report. The car hit the bike, killing bicyclist Abel Mendez-Gaspar.

The driver stayed on the scene and will not be facing any charges.

Thompson did not know Mendez-Gaspar personally but the story is all too familiar; Thompson was hit by a car while cycling twice.

Thompson said Raleigh is making great strides for bicyclists but would like to see more done.

"If we can improve bike infrastructure, it's not only going to improve our livelihoods but it's also going to keep other people out of situations they don't want to be in," Thompson said. "No one wants to be that person that has to live with a fatal accident on their hand."

The bicyclist's death comes a day after Raleigh had a meeting to talk about improving biking infrastructure in downtown.

"Raleigh is a very new city when it comes to bicycling infrastructure," Wollin said. "Every year we're getting better at supporting it but there's a lot to learn."