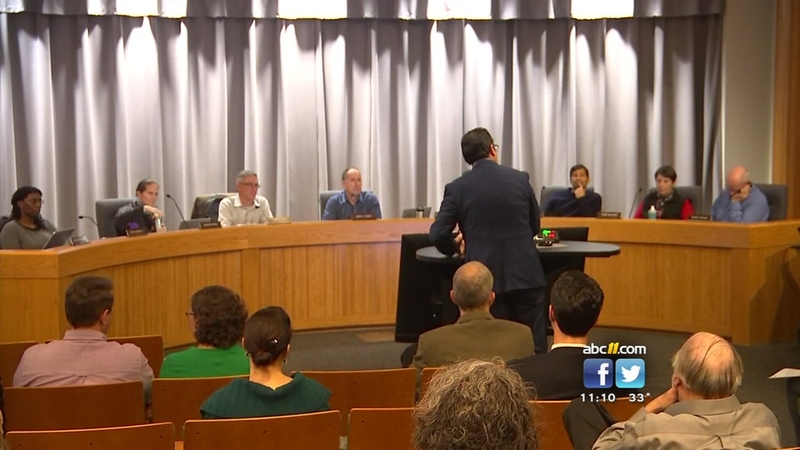 CHAPEL HILL, North Carolina (WTVD) -- On Thursday, Orange Water and Sewer Authority's (OWASA) Board of Directors met for the first time since tens of thousands of customers were told not to drink or use the water for more than 24 hours.

OWASA's Board of Directors listened to public comments and discussed the water emergency at a meeting Thursday at Town of Chapel Hill Council Chamber. Customers were given up to four minutes of comments and questions.

While more details of independent investigations are expected to be released sometime Friday, some new information was revealed:


Earlier this week, Officials with OWASA told the ABC11 I-Team two things happened within a day of each other that created a perfect storm for the calamity that unfolded.

Last Thursday, a problem at the OWASA water treatment plant in Carrboro led to the over-fluoridation of more than a million gallons of already treated water, rendering it unusable.

Then, last Friday, a massive water-main break spilled more than a million gallons onto the street in Chapel Hill.

Watch the video above for a full report.