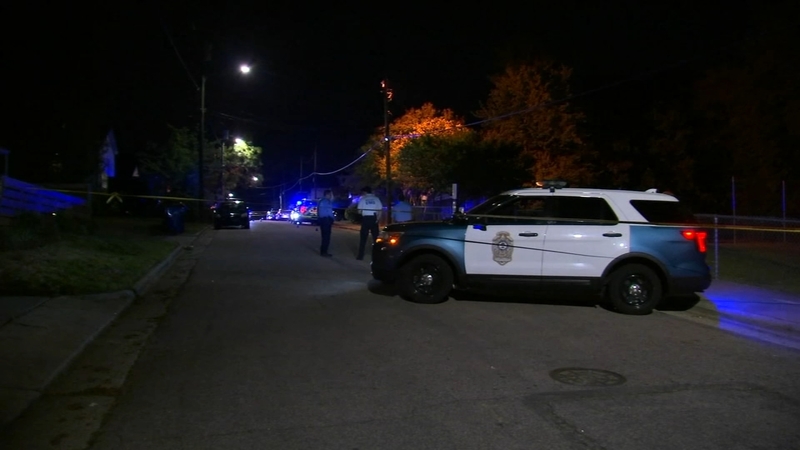 Fayetteville PD on track to full staffing; what about Durham, Raleigh?

FAYETTEVILLE, N.C. (WTVD) -- Police agencies across the United States have reported challenges recruiting and retaining officers for the past few years.

Many of the top agencies in the Triangle and Cumberland County reported starting 2022 with more than 100 open positions.

These vacancies are a growing concern as violent crime continues to tick up in many cities and officials predict a violent summer.

Capt. Todd Joyce with the Fayetteville Police Department said his agency is expecting to be fully staffed in the coming months.

"We are very confident in that. The recruiting staff here has done an amazing job in preparations for one academy to hopefully start this summer and to be followed by another one shortly thereafter in the summer as well. So we'll have two academies going on simultaneously," Joyce said.

Joyce said the department is down around 49 officers but is finalizing the hiring of dozens of recruits that will soon make the number of vacancies drop to zero.

"Our senior management, including the Chief of Police, Chief (Gina) Hawkins, city manager and city council, started looking at ways that how we might be able to incentivize, to attract officers to come to the Fayetteville police department and so we have a number of incentives in place," Joyce said.

He said incentives such as higher wages, signing bonuses, education incentives and relocation reimbursements were added as a result of challenges the agency faced in finding recruits.

Thinking 'outside the box'

"There are other agencies who have gone to Puerto Rico to see how they might be able to recruit. A couple of other agencies have had success in that, especially in Florida. And then speaking with one in Maryland as well. And so we looked at that as well and individuals very excited to come here and join our family," he said.

Joyce said around 16 Puerto Ricans will be joining the force.

Joyce expects those 49 positions to be filled in the coming months, however, it will take a few more months for those officers to go through training and work in the community.

While the Fayetteville Police Department is hopeful they will overcome staffing shortages soon, both the Durham and Raleigh police departments are still operating with around 20% vacancies.

The Durham Police Department was down around 98 sworn officers at the end of March. In the last two months, the department reported its percent of sworn officers employed dropped from 82% to 80%.

A spokesperson for the department said there are currently nine recruits in the academy and another academy begins in August. The number of officers who will be trained in August finalized yet but around 20 people are testing for the positions.

Durham Police Chief Patrice Andrews told the city council on Thursday that signing bonuses and increasing pay have made a 'tremendous' impact on attracting officers.

"We're trying very hard to track the reason why we are losing recruits. So if we start an academy at 14 and we end up losing some, we want to know why; what happened?" Andrews said.

She said oftentimes recruits decide law enforcement is not for them.

Andrews pointed to the department beginning to recruit from other basic law enforcement academies as well.

"We are really looking at what other story can we tell about the great things about working here for the city of Durham, and we're using that," Andrews told the council on Thursday.

The Raleigh Police Department had around 168 vacancies. The most recent budget shows the department has funds for 908 employees so around 18.5% of its positions remain unfilled. Many advocates and officers pointed to the low wages as a driving factor behind the high number of open positions.

"We don't want to see 168 vacancies turn into 200 vacancies. And that's what we predict if the city council doesn't do something to compensate police officers and firefighters," said Rick Armstrong, who serves as vice president for Teamsters Local 391, during a protest last month.