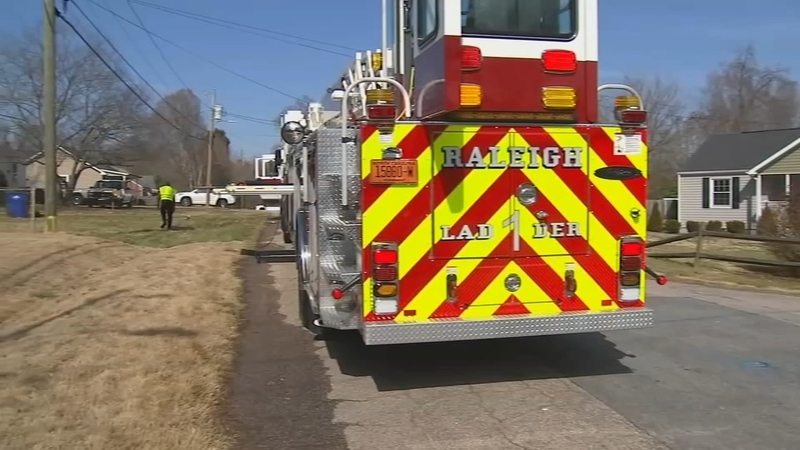 RALEIGH, N.C. (WTVD) -- City of Raleigh police officers and firefighters are hoping to see a pay raise in the city's final budget.

Last month, they rallied outside city hall over the pay proposal.

Organizations said the pay that first responders are receiving is an insult considering they put their lives on the lines.

"We're spending quite a bit on parks. I think it's time to counterbalance that in investing in some of our public safety that is so critical to our city," said Raleigh Professional Fire Fighters Association President Andy Davis.

The City has approved a 2% hike for all employees.

Teamsters Local 391, which represents some police officers, said the increase will barely make a difference considering inflation is soaring.

Many officers are leaving the force for better-paying jobs.

"There (are) now over 168 vacancies within the police department," said Teamsters Local 391 Vice President Rick Armstrong. "They need to address retaining police officers in the City of Raleigh, and they're not doing that."

The fire department is also struggling to retain staff.

A social media post from a few days ago details that a third of the academy graduates from a class seven years ago have left the job.

Another post notes that 60 new firefighters are set to start the academy later this month, but they won't be ready to serve on the streets until January.

There could be issues until then.

"We totally think that engine companies will be out of service come this summer because of this neglect over the last two to three years of not addressing the issues at hand," said Davis.

Both organizations feel it's dangerous not to make significant investments, especially at a time people keep moving here from elsewhere in the country.