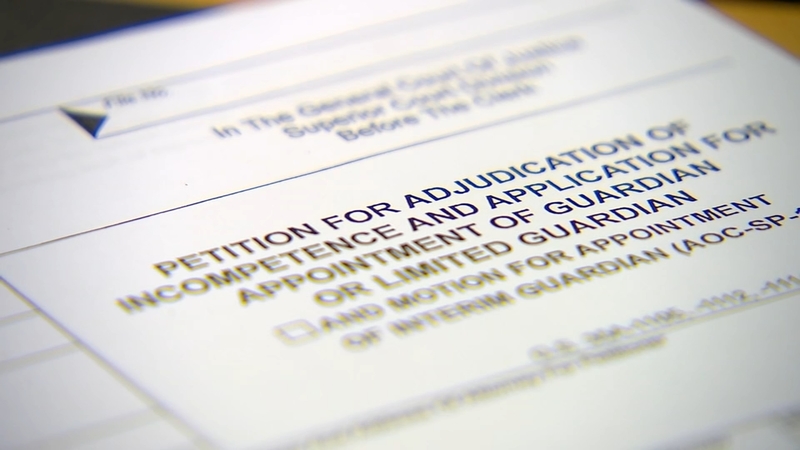 EMBED <>More Videos
WAKE COUNTY, N.C. (WTVD) -- Wake County's elected Clerk of Court Blair Williams believes there is something inherently unfair about a family member of first responder being charged $120 to file for guardianship when that first responder was injured in the line of duty.

That's exactly what happened to the wife of Raleigh police officer Charles Ainsworth.

He was shot in the neck while investigating a stolen car back in January.

Williams said when his staff found out Ainsworth's wife would be coming in to file to be his guardian, they did all they could to make the chore as easy as possible.

"We just felt that we needed to do as much as we could to support the family," Williams told ABC11.

But Williams has sworn to uphold the law.

And the law said only those living in poverty don't have to pay the fee.

So he had to charge Ainsworth's wife.

So Williams decided to lobby the state legislature to change the law.

He started with Wake County's delegation.

"The response I got was very positive. And so they felt it was something that they could, depending on what side they were on, to reach across the aisle and kind of make it happen to show there was support in the community for our first responders," Williams said.

Officer Ainsworth has made a remarkable recovery - even finishing a four-mile race in October.

Through the Raleigh Police Department we reached out to his wife about Williams' proposal.

She responded by saying, "it is wonderful that families of first responders will have one less thing to be worried about during a very difficult time."

The most recent legislative session ended before a bill could be introduced but Williams isn't giving up.

"I'm extremely optimistic. I think it got a lot of bipartisan support. And I think that that's something that they can take on in the next session and they can go ahead and pass this," he said.