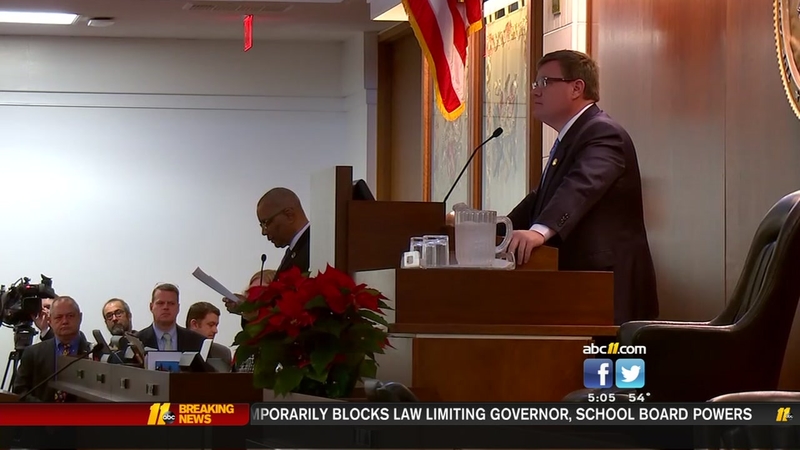 RALEIGH, North Carolina (WTVD) -- A Wake County judge temporarily blocked on Thursday a new law passed by the Republican-led General Assembly that limits the power of incoming Gov. Roy Cooper and the North Carolina Board of Education.

The Board of Education sued the state over the constitutionality of the law, which transfers oversight responsibility from the board to the new, Republican superintendent.

That lasts one week until another court hearing next Friday.

"This is a constitutional case between the General Assembly, who took power away that seemed to be pretty clearly described in the state constitution, and the Board of Education," said Meredith College Political Science professor David McLennan.

On Wednesday, State Senate Leader Phil Berger called on the North Carolina State Board of Education to drop a lawsuit challenging a new law transferring much of its authority over public schools educating 1.5 million students to the state's elected superintendent.

SEE THE DOCUMENTS FOR THE STATE BOARD'S LAWSUIT HERE

State school board Chairman Bill Cobey said in a statement that the board is moving forward with a constitutional challenge of the law.

In a statement, Senator Berger said the law returns powers stripped away by Democrats in 1994 "to the Superintendent of Public Instruction - who was just elected by 2.3 million voters to lead our state's public schools."

"...it is incredibly disappointing that an appointed board would divert tax dollars meant for our students and teachers into a lawsuit that re-litigates a court case they've already lost once before. The board should immediately drop this lawsuit, stop fighting to maintain a course that has been rejected by North Carolina voters, and instead start working with the elected Superintendent to improve our public schools," Berger continued.

The law also allows Johnson alone to hire, fire and set the salary for the person picked to run a new school district to be made up of some of the state's lowest-performing schools. Those powers were previously left to the State Board of Education.

"It's a power struggle but it's an interesting one, in that Bill Cobey and most of the Board of Education are Republicans," McLennan said. "It's just literally shifting the power to a particular person as a way away from an appointed group of people."

Educators and local school boards have criticized this summer's legislative creation of a five-school "Achievement School District" for schools that have consistently shown poor growth and performance. The executive now left to Johnson to choose would sign contracts with charter companies that could hire and fire teachers without input or evaluations from local school boards.

Members of the school board will likely be replaced by Democratic Gov.-elect Cooper, who takes office Sunday.

"(Cooper) knows the cases well, he knows the law well," McLennan said. "So this is going to be a real test between the lawyers for the leadership in the General Assembly and Governor Cooper and his lawyers to say, 'OK. Where are the places we can push back?'" 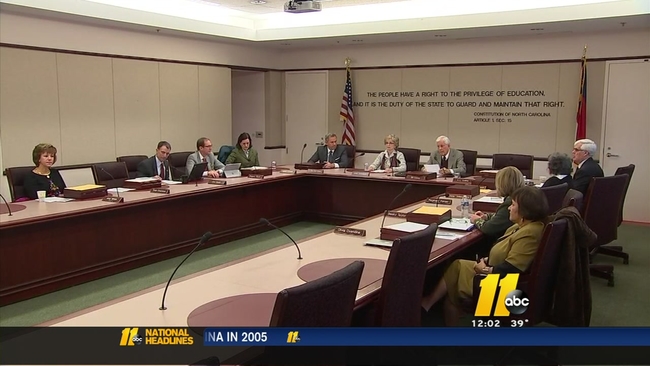 State Board of Education considers impact of HB 17 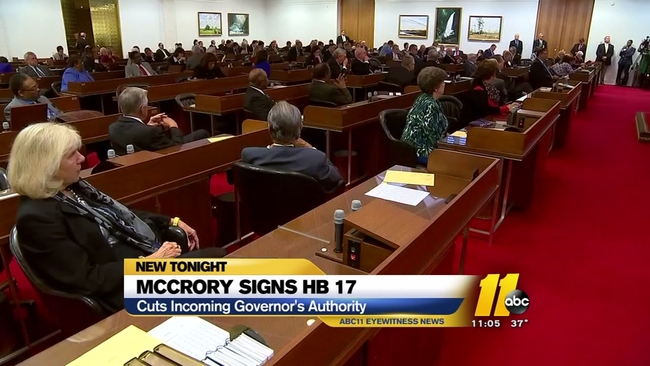