Pence speaks on Clinton email investigation at stop in Smithfield 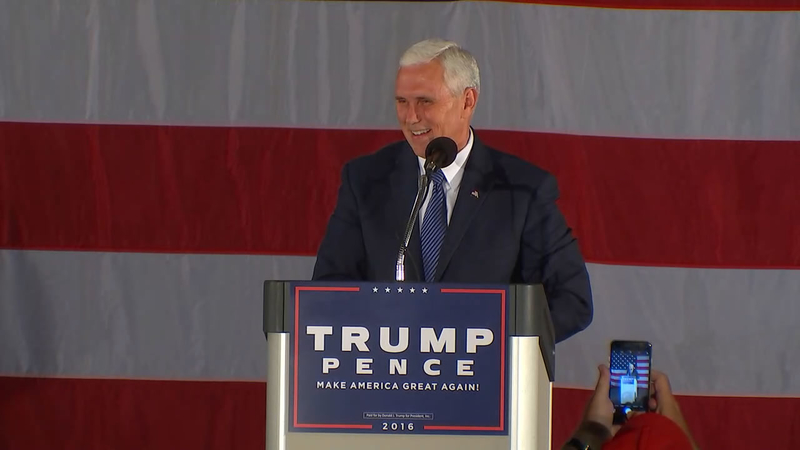 Pence speaks on Clinton email investigation at stop in Smithfield

Pence briefly mentioned Thursday night's plane incident in New York, when his plane slid off the runway. He thanked the first responders who came to their aid.

He then moved on to the latest news out on Friday about the FBI reopening its investigation into Hillary Clinton's emails.

"No one is above the law," said Pence.

Pence only spent a few minutes on that topic before criticizing Clinton's foreign policy and promising the Trump-Pence ticket will do better.

"Donald Trump will end illegal immigration once and for all," said Pence.

On the flooding in North Carolina, Pence said the state has been in their hearts.

Governor Pat McCrory spoke more about the flooding when he was on stage before Pence. He shared a story about the chief of the volunteer fire department in Princeville nearly dying trying to save a woman from the flooding and how funding will be used to help survivors.

"We now have two billion in reserve for unemployment, we're using that to help the people of Hurricane Matthew," said McCrory.