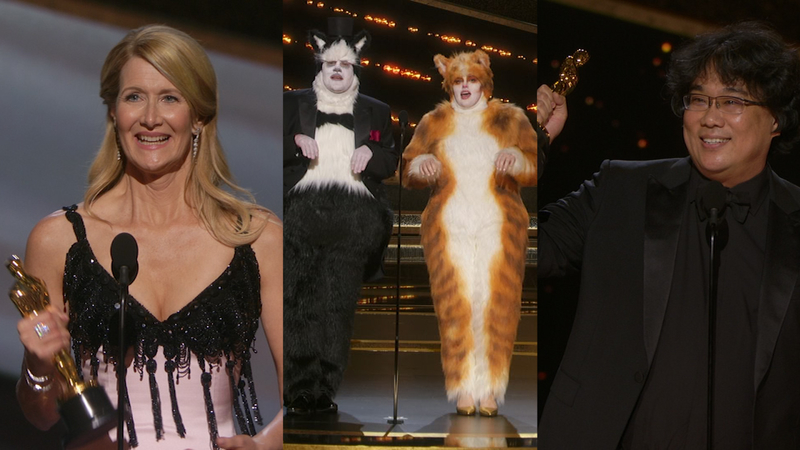 Best moments from the biggest night in Hollywood

COLORADO SPRINGS -- President Donald Trump is apparently not a fan of the Oscar-winning film "Parasite," or so he told the crowd at a campaign rally in Colorado Springs, Colorado, on Thursday.

His biggest complaint was that the movie was made in South Korea.

"How bad were the Academy Awards this year? Did you see?" Trump said. "And the winner is...a movie from South Korea. What the hell was that all about? We've got enough problems with South Korea, with trade. On top of it they give them the best movie of the year. Was it good? I don't know."

Trump started talking about the awards show during the rally, complaining that "Parasite" was named Best Picture, becoming the first non-English-language film to get the top honor.

The audience booed when Trump mentioned the Oscars and then cheered when he offered classic films as an alternative.

Neon, the U.S. distributor for the subtitled film, shot back on Twitter: "Understandable. He can't read," with a clip of Trump's comments.

"Parasite" tells the story of how a family of four poor, unemployed people living in a slum basement apartment comically infiltrates a wealthy family residing at a luxurious mansion before things unravel violently and tragically.

Trump also had harsh words for actor Brad Pitt, who won the Oscar for Best Supporting Actor and used his time to comment on the lack of witnesses at Trump's impeachment trial.