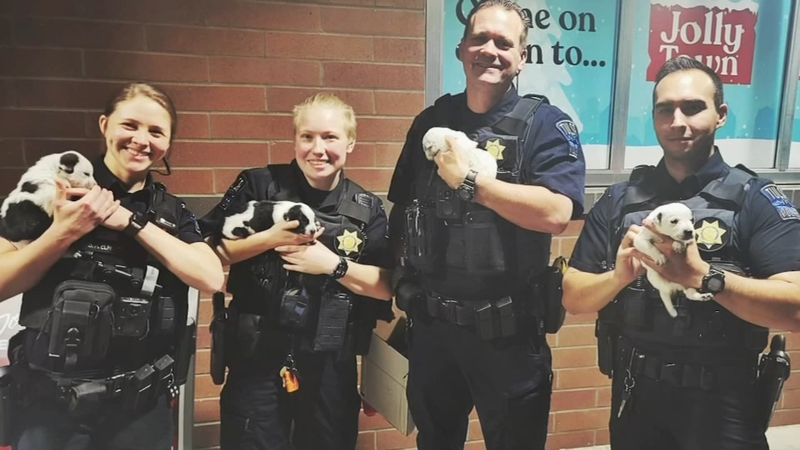 The post said that someone left the pups in a duffle bag on the counter at a gas station convenience store.

When the officers got to the scene, four of them adopted four of the five puppies.

They said they were overwhelmed with Christmas feelings.

At the end of their post, they said #AdoptDontShop, reminding the public to check out rescues and shelters for abandoned pets.