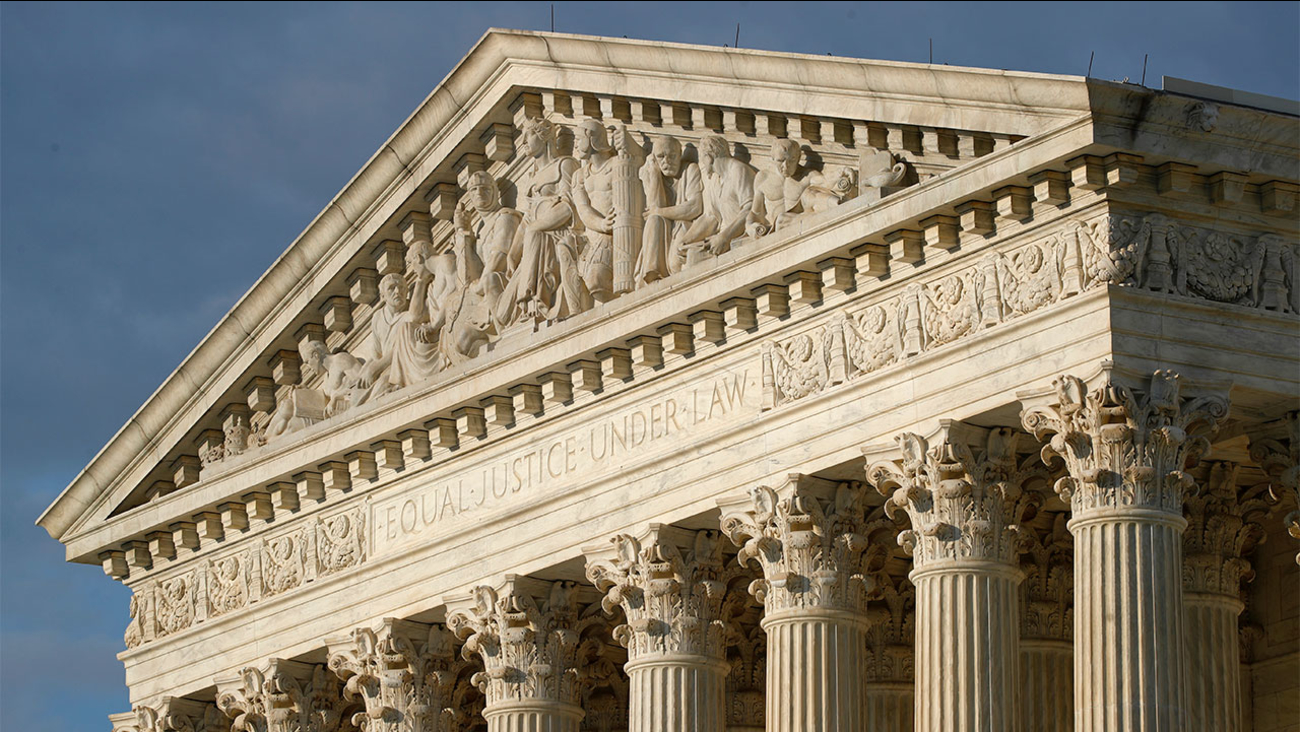 The setting sun shines on the Supreme Court building on Capitol Hill in Washington, Sunday, May 3, 2020. (AP Photo/Patrick Semansky, File)

WASHINGTON -- The Supreme Court is for now declining to get involved in an ongoing debate by citizens and in Congress over policing, rejecting cases Monday that would have allowed the justices to revisit when police can be held financially responsible for wrongdoing.

With protests over racism and police brutality continuing nationwide, the justices turned away more than half a dozen cases involving the legal doctrine known as qualified immunity, which the high court created more than 50 years ago.

It shields officials, including police, from lawsuits for money as a result for things they do in the course of their job.

As is usual the court didn't comment in turning away the cases, but Justice Clarence Thomas wrote a 6-page dissent saying he would have agreed to hear one of the cases.

As a result of qualified immunity, even when a court finds that an official or officer has violated someone's constitutional rights, they can still be protected from civil lawsuits seeking money.

The Supreme Court has said that qualified immunity protects officials as long as their actions don't violate clearly established law or constitutional rights which they should have known about.

The Supreme Court's decision not to wade into the qualified immunity debate follows nationwide protests against racism and police brutality sparked by the death in Minnesota of George Floyd, a 46-year-old black man who died May 25 while being restrained by a white officer.

In Congress, a bill introduced by House Democrats in the wake of Floyd's death would make it easier for injured individuals to claim damages in civil suits against police offices.

The White House, however, has said that provision is a nonstarter and not likely to be part of a Senate Republican bill that's in the works.

The push for the court to reexamine qualified immunity has come both from the left and right, including Thomas, a conservative, and Justice Sonia Sotomayor, a liberal.

In 2018, when the court said that an Arizona police officer who shot a knife-wielding woman four times was immune from being sued, Sotomayor said the decision "sends an alarming signal to law enforcement officers and the public."

Since then, the court has been asked to take a number of different cases involving qualified immunity.

Some of the cases the court rejected Monday were filed at the court more than a year ago and many others had been pending for months, before Floyd's death and the protests it prompted.