Meet the three candidates for Raleigh's next police chief Meet the three candidates for Raleigh's next police chief

RALEIGH, N.C. (WTVD) -- The city of Raleigh has narrowed down its nationwide search to three candidate finalists for a new city police chief, officials announced Wednesday.

Thirty-one law enforcement officials applied to lead the Raleigh Police Department after current police chief Cassandra Deck-Brown announced that she would be retiring on June 30 after spending more than 33 years on the job.

While the Raleigh city manager Marchell Adamas-David will have the final say in who will be chief, the city did take into account more than 3,400 people who weighed in on what they want in the leadership role.

The city's goal is to have a replacement in place by July 1.

To hear more from these candidates, the city of Raleigh will hold a virtual forum at 6 p.m. on Thursday to showcase the following candidates: 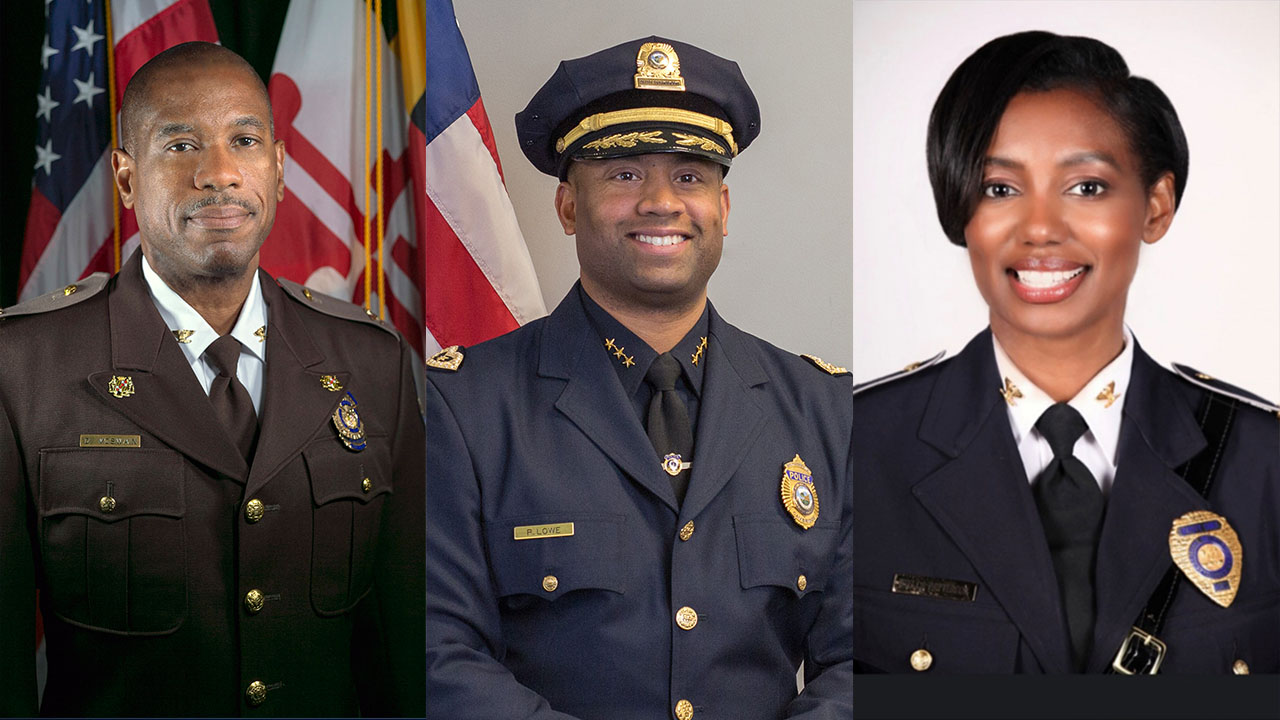 Deputy Superintendent Robert Lowe has 20 years of police experience as an active member of the Cambridge Police Department, Mass. Currently, he oversees a team of sworn officers and professional staff who provide services to vulnerable populations. He is commanding officer of the Family & Social Justice Section, which includes the Family Justice Unit, the Clinical Support Unit, and the Focus Deterrent Unit.

Lowe holds a Juris Doctor from the Massachusetts School of Law and an undergraduate degree in law enforcement from Western New England University.

Deputy Superintendent Lowe is a licensed attorney and current doctoral student at New York University focusing on implicit bias in policing. He is a graduate of the FBI National Academy and has served in the United States Marine Corps.

Lowe is a member of the National Organization of Black Law Enforcement Executives, International Association of Chiefs of Police, and the Police Executive Research Forum.

"Deputy Superintendent Lowe has been a tremendous leader for the Police Department and the City of Cambridge. His proven results, work ethic, eagerness to learn and grow, and values have earned him the right to be a finalist for such a prominent opportunity at a prestigious agency," Cambridge Police Commissioner Branville Bardm, Jr. wrote in a statement.

Chief Darryl McSwain was appointed as the Chief of Police for the Maryland-National Capital Park Police - Montgomery County Division - in May 2018. Before this appointment, McSwain had a 30-year career with the Montgomery County Department of Police, where he led the Field Services Bureau, before retiring as an Assistant Chief.

Chief McSwain holds an M.S. in administrative management from Bowie State University and a B.A. in criminal justice from the University of Maryland. Chief McSwain is a graduate of the FBI National Academy and National Executive Institute. McSwain also completed the Major Cities Chiefs Association Police Executive Leadership Institute.

Estella D. Patterson is a Deputy Chief with the Charlotte-Mecklenburg Police Department and currently oversees the Patrol Services Group. She has been a member of CMPD since 1996, serving in several roles, including patrol officer, instructor, division commander, recruitment director, and Internal Affairs commander.

She is currently the President of the Greater Charlotte Chapter of the National Organization of Black Law Enforcement Executives and an executive board member of the N.C. Police Executives Association. Additionally, she serves as a Commissioner on the N.C. Education and Training Standards Commission, which regulates the training, certification and policy-making for all police officers in the state of North Carolina. Deputy Chief Patterson also served as a member of the U.S. Army Reserves from 1996-2005.

"Deputy Chief Estella Patterson has had a stellar career at the Charlotte-Mecklenburg Police Department and has been an integral part of CMPD's success over the last several years. She is well-deserving of serious consideration for the position of police chief, and Raleigh would be fortunate to get such an experienced and dedicated leader," said current Chief of the Charlotte-Mecklenburg Police Department John Jennings.

Surena Johnson, a member of Raleigh's Police Accountability Community Taskforce, was a part of the process to help the city narrow down on its choice.

Community activist Kerwin Pittman, a member of Governor Roy Cooper's Task Force for Racial Equity in Criminal Justices, has been critical of Deck-Brown. He has high hopes for the new guard.

"A proven track record of being equitable and fair, but also as somebody who's been implementing racial equity policies," he said.

Kerwin says nobody from the city has reached out for input in the hiring process.