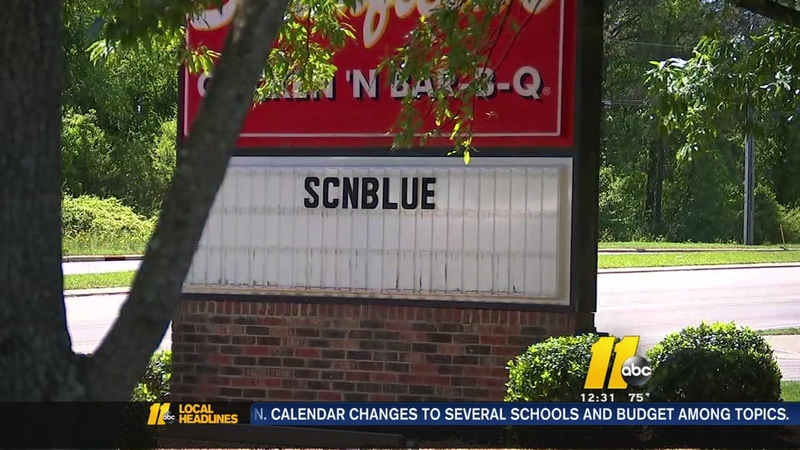 The allegations surfaced after a member of the Raleigh Police Protective Association (RPPA) took to the group's Facebook account to express concern over an incident last Friday at the Smithfield's Chicken 'N Bar-B-Q on Jones Sausage Road. The post read:

"Thank you Smithfield's Chicken & Barbeque Jones Sausage location for the class and professionalism as you sang "F the Police" as my brothers at Raleigh Police Department attempted to eat at your restaurant. The manager sang along as well. Do you really feel that was appropriate?"

The post claimed employees of the restaurant were singing NWA's song "F--- the Police" as they ate.

However, Raleigh's police chief released a statement Wednesday saying despite reports, the two officers only witnessed one employee make eye contact with them and mouth the words "F... the Police."

Raleigh Police Chief Cassandra Deck-Brown said there was no singing, and no other employees were involved in the incident. She also said it was not witnessed by anyone else in the restaurant.

The lawyers for the Raleigh restaurant collaborated with Raleigh Police to conduct an internal investigation.

Through interviews, they learned the two Raleigh officers were about 25 feet away from the employee when they saw the employee mouth the words.

Officials also released surveillance video of the day in question. Watch the video in the player below.

During a press conference Wednesday morning, lawyers for the franchise owner said the employee is no longer with the company. Officials said the employee decided to quit once attorneys began their investigation.

Raleigh Police and attorneys for the franchise owner said the firestorm was a result of misinformation on social media.

Once the officer shared the information, it was shared among other officers and their followers.

"There's no filter there is no policing to it," Attorney for franchise owner Mark O'Mara said. "There's nothing to say this is just not right. The way it was reported, tweeted and reposted was absolutely wrong."

"The Raleigh Police Department seeks to serve all members and all elements of the community in fairness and without bias," Deck-Brown's statement said in part. "We expect the same in return and are confident that Smithfield's Chicken 'N Bar-B-Q share those same values. The first step in creating understanding between two parties is to come together to communicate. I'm proud to say, we've done exactly that."

The owner of the restaurant said he really wants to put out the message that he does not condone disrespect of police.

He is displaying his appreciation for police with this marquee message: SCNBLUE.