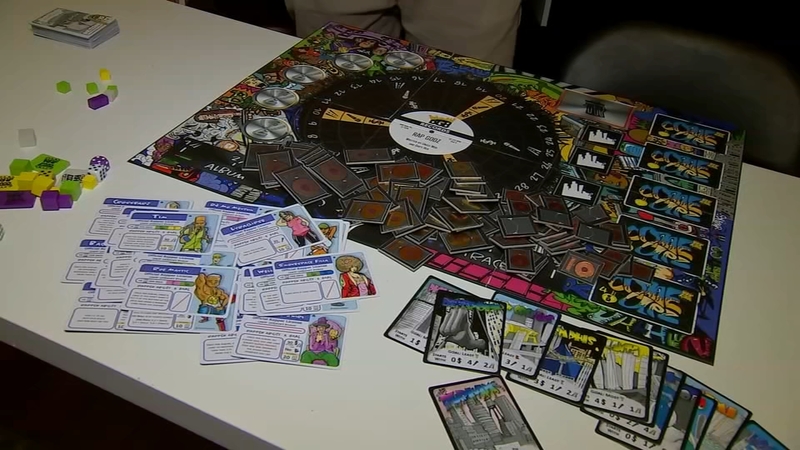 DURHAM (WTVD) -- A Durham board game developer helped raise more than $80,000 in donations, all stemming from sales of his board game.

"So this past week was crazy," said Omari Akil, who created Rap Godz with his brother.

The purpose of the game is to live the life and career of a hip-hop artist, ultimately trying to get the most record sales. It's a premise that's attracted non-traditional board-game players.

"A lot of hip-hop fans who aren't necessarily gamers might be into it, or might want to get into it, so we had to make it easy enough for them to pick up and play," Akil explained.

It's also highlighted a push to broaden the gaming community, a glaring problem Akil has noticed at conventions.

"It has been in the past where I've seen more black convention center workers than I have attendees. And that's super heartbreaking. So I would love to see (more minorities). It's hard because because these events are expensive, and the travel is expensive, and the hotels are crazy. And so I just want to see more people fill that space with as many people who may not be able to show up, " Akil said, adding that he has began to see some positive change in this regard.

"Effectively what happened was the community just rallied behind us. Everybody started sharing that post," said Akil.

Eventually, the pledges reached about $50 per game, before well-known game creator Isaac Childres doubled it. He even emailed his followers about the effort to try and increase sales.

"Once that happened, it spread like wildfire," Akil said.

They ended up selling out - more than 650 copies- and raised more than $80,000 in donations for Black Lives Matter Global Network and the NAACP, with a few donors still determining which cause to support.

"It feels good because we know that we made a really good game. It was hard coming off of Kickstarter and trying to figure out how to sell games and having the conventions disappear because of the (coronavirus) pandemic, it was really hard for us. We didn't know how we were going to sell games. And so the fact that this basically allowed us to sell our games and help our community is amazing . The other part that's really nice about it is that we have been feeling the need for diversity in the community and for people to focus more on underrepresented minorities and queer folks in the space," said Akil.

Akil is grateful for those who have large online platforms signal boosting underrepresented developers.

"Everybody who's willing to take that extra step and actually be part of a community that looks different and looks diverse, slowly it will change. I'm not under the impression it will change over night. I'm just looking forward (that) it seems that we're going in the right direction," said Akil.

And what better way than a game night to expand your horizons.

"It's really just about broadening our social circles to invite more people who are different from us into them," said Akil.

Rap Godz is sold out online, but he's working with local retailers to get copies in their stores.