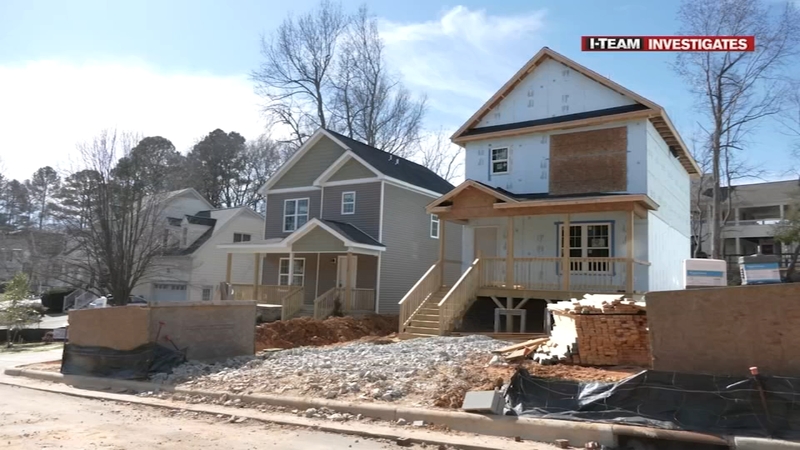 RALEIGH, N.C. (WTVD) -- Rental prices continue to skyrocket across the U.S. The average monthly rent cost increased by 16% nationwide, according to an ABC11 I-Team analysis of Apartment List data.

The increase was even higher in North Carolina. Since last year, the average cost of rent increased by 20% or $200 on average across the state. Just in the last six months, many areas of the state reported a 10% spike in monthly rent.

The Asheville, Burlington and Greensboro metro areas reported the largest increase in rent with monthly prices increasing by more than 30% in each area since January 2020.

Rent in the Raleigh-Cary area is the highest in the state at around $1,484 a month.

"The increase in rental prices is tied to the increase in home prices. They're really two parts of the same market," explained Michael Walden, a North Carolina State University economist. "When home prices skyrocket, which they have been doing, many people are priced out of that market, so obviously they have to go into the rental market."

Both the Raleigh-Cary and Durham- Chapel Hill areas fell in the top 25% of metro areas in the country with a 20% spike in monthly prices over the last year.

Fayetteville reported some of the lowest increases in average monthly rent since June 2021 with just a 3% increase.

Many Florida cities ranked at the top of rental spikes, according to the analysis. The Naples - Marco island area reported a 52% increase in rent during the past year; the highest in the nation.

Walden said it's unlikely prices will drop, especially as inflation remains high and the state continues to face economic growth.

Habitat for Humanity in Wake County has seen firsthand the ripple effects of the increasing cost of housing.

"If you are not able to access stable housing that's going to have long-term consequences for you and your family, particularly for children. I think we'll see, you know, unfortunately, worse health outcomes, worse educational outcomes, and then you get to a position where it's really hard to support people who need help, said Jacquie Ayala, the director of advocacy at Habitat for Humanity of Wake County.

Twenty-six percent of Wake County households spend more than a third of their income on housing, according to the North Carolina Housing Coalition. This percent is higher in Durham County (32%) and Cumberland County (36%).

Nationwide 25% of renters spend more than half of their monthly income on rent, based on a 2018 analysis of Census data by Harvard University's Joint Center for Housing Studies.

As monthly expenses go up, many are not seeing an increase in wages to assist with rising housing costs, which leaves many families dedicated more income to housing.

"When you have inflation of 7%. The way to look at this is if your pay is not going up 7%, you're falling behind your standard of living and unfortunately that's the case for a lot of people," Walden explained.

Her nonprofit is aiming to help with the supply by building 50 affordable homes a year, however, she said it's not enough.

"When you're losing nine units a year, building 50 new houses really it's just a drop in the bucket. So we really need those policy interventions to help all of the affordable builders be able to scale to meet the need for affordable housing in our area," she explained.

She and Walden encourage local leaders to take action.

Ayala said one of the most important things local governments can do now is to buy land and offer it a free or reduced cost to affordable builders.

The nonprofit is also advocating for changes to zoning to allow for more density, expanding rental assistance and offering more property tax relief for homebuyers.

Walden pointed to the COVID-19 relief money state and local governments received as one opportunity to begin to stabilize the market.

"People who are seeing their rent increases by 10, 15 20% that's obviously presenting them with a very big problem. And I think the best short term solution would be to take some of that $350 billion that are nationwide and perhaps allocate that to help defray some of those expenses for renters, at the same time that localities look about what can we do to increase the supply of rental units," Walden said.