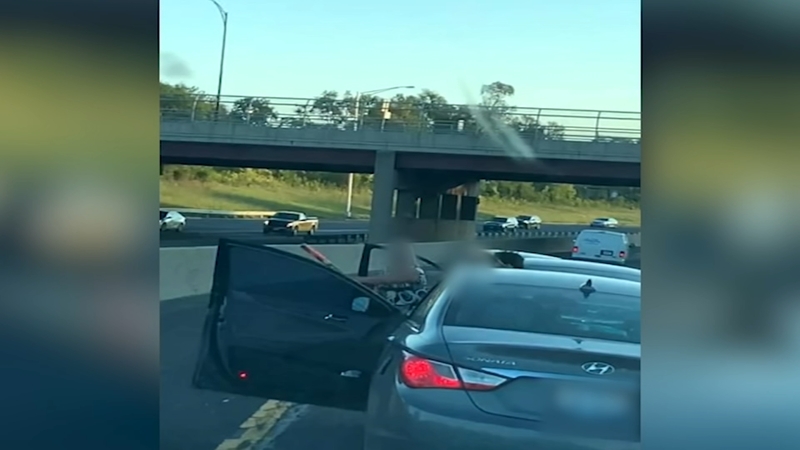 VIDEO: 3 women attack each other in I-57 road rage incident on South Side

CHICAGO -- Shocking cell phone video shows three women attacking each other during rush hour in a road rage incident on a Chicago highway.

Another driver caught the entire incident on camera.

The fight happened around 7:13 a.m. Friday in the northbound lanes of I-57, according to Illinois State Police.

The incident begins with a woman changing lanes as she swings a baseball bat out of the window.

That driver then gets out of the car and smashes the bat onto the hood of a silver Hyundai.

That action triggers the passenger of the silver car, who witnesses said may have been that driver's daughter, to get out and engage with the woman.

The two women throw punches and pull each other's hair on the side of the highway as the driver behind them continues to record.

The driver of the silver vehicle also gets out and, witnesses said, she appeared to be trying to grab the bat-wielding woman to protect her passenger.

Seconds later, one woman picks up the bat and gets ready to swing, and that's when the viral cell phone video ends.

Illinois State Police said they are investigating the incident, and have watched the video. The clip gives investigators a clear view of license plates.

According to the AAA Foundation for Traffic Safety, road rage is extremely common among American drivers.

According to AAA, nearly 80 percent of drivers express anger and aggression while behind the wheel at least one time throughout the year.

The aggressive behavior can lead to fatal crashes and serious injuries, and put other drivers at risk.