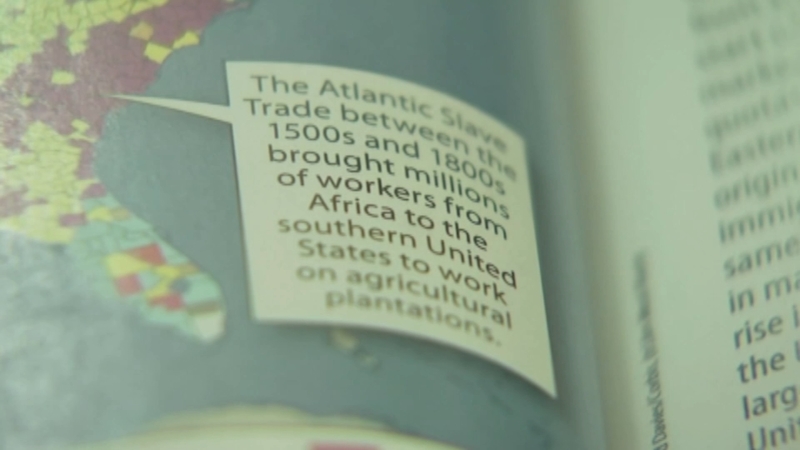 RALEIGH (WTVD) -- Should systemic racism and gender identity be addressed in our public schools? That is the question many leaders within North Carolina are currently debating.

Over the summer of 2020, many Americans had no choice but to pay attention to these issues as many people made their voices heard during protests and marches of the country's most populated cities. Now, the 13-member education board is at odds over social studies curriculum for K-12 public school students.

On Thursday, the state board of education member and Lieutenant Governor Mark Robinson, who also happens to be the most vocal, took a strong stance against addressing the topics within classrooms.
EMBED More News Videos

The battle boils down whether to include three concepts:


Board members supporting the proposal of the language believe the words are factual and not up for debate, saying that children need more well-rounded lessons to process historic inequities.

But Robinson, the first Black person to serve as Lt. Governor in the state of North Carolina, and also sits on the state board disagrees. He believes the words could make students develop anti-American feelings.

On Sunday, the North Carolina National Association for the Advancement of Colored People (NAACP) president Rev. Dr. T. Anthony Spearman called rallies for board members to include those words.

"In actuality what is going to happen is it's going to enable our children to be exposed to the truth. The hard truths," said Rev. Spearman. "To support white supremacist policies, one, does not have to be white. For the Lt. Governor to come and say there is no systemic racism in our system -- it causes me to cringe. Until we face up to it and live up to it. We're going to be doing ourselves a disservice."

The board meets this Wednesday and Thursday about the controversy impacting 1.5 million children in North Carolina.

Robinson plans to bring a petition of more than 13,000 signatures to the meeting in support of the removal of those words. He responded to the state NAACP saying in part:

"Does racism exist? Of course. Has racism been "systemic" at points in our nation's past? It has. Is our current system of government racist? No, it is not. I would think the NAACP would be eager to work with the first Black Lieutenant Governor in our state's history to ensure that our public school students receive their public education free from anyone's political agenda."
Report a correction or typo
Related topics:
educationnorth carolinanceducationrace relationsschoolracismpoliticsrace in americanorth carolina news
Copyright © 2022 WTVD-TV. All Rights Reserved.
RACE IN AMERICA
Supreme Court to hear challenge to race in college admissions
Cause of death revealed for 23-year-old woman found dead after date
Mental health providers of color see influx of patients
Defense: Chauvin called 'all of the shots' when Floyd killed
TOP STORIES
Court papers show how investigators linked suspect in Hedgepeth murder
As last-ditch effort, Cary tapas bar launches fundraiser to stay open
8,500 troops placed on heightened alert for European deployment
Supreme Court to hear challenge to race in college admissions
George Floyd's family reacts as civil rights trial begins
Eateries hope for community support during Triangle Restaurant Week
No charges for Johnston County deputy who shot drug suspect in wrist
Show More
Mental health providers of color see influx of patients
LATEST: Next steps in fight against COVID-19
Getting paid on Venmo or Cash App? New tax rule might apply to you
Alex Murdaugh hit with more charges connected to 4 new clients
Cruise ship takes passengers to Bahamas to avoid Florida warrant
More TOP STORIES News