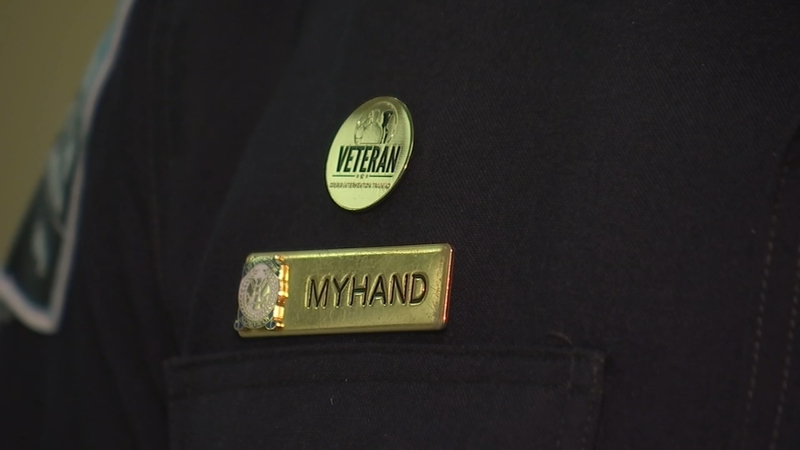 Intervention program aims to save lives of Wake County veterans

CLAYTON, N.C. (WTVD) -- Officers throughout the country are going through training programs to help save the lives of military veterans during times of crisis.

Veteran Crisis Intervention Training, a program started in Wake County, is now being highlighted by the International Association of the Chiefs of Police (IACP) for helping save the lives of veterans.

The IACP focuses on alternatives to traditional arrest.

"This started five years ago when I worked for the Apex Police Department," said Blair Myhand, now chief of the Clayton Police Department. "It grew into the idea of what we're doing now because we saw there wasn't any training that I could find going on anywhere in the country."

Now four counties in North Carolina including Wake, Durham, Johnston and Cumberland use the training.

Chief Myhand said the entire state of Delaware does as well including police departments in Dayton, Colorado Springs and Palo Alto.

We’re going to be highlighting some of the training that happened today at @waketechcc. Officers who served are using it to help save other veterans’ lives. @TheIACP #abc11 pic.twitter.com/wvkVgmUu9l

The training helps current police officers who served in the military deal with other veterans in crisis by focusing on "verbal de-escalation."

"There were numerous news articles around the country where officers were responding to a veteran in crisis and someone died from it-either the officer or the veteran was killed and it just blew me away with the number of articles I read," Chief Myhand said. "I don't want officers being killed just because they're doing their jobs or trying to help somebody."

Nick Blalock is one of those veterans helped by the program when he lived in Apex. He served two tours overseas and said he had "had it" on Memorial Day 2014.

"I exploded and everything I had been holding in and dealing with came to a head," Blalock said.

He said luckily his father was able to call 9-1-1 in time and tell dispatchers his son was a veteran.