Residents near Raleigh's North Hills to get rocked by construction blasts 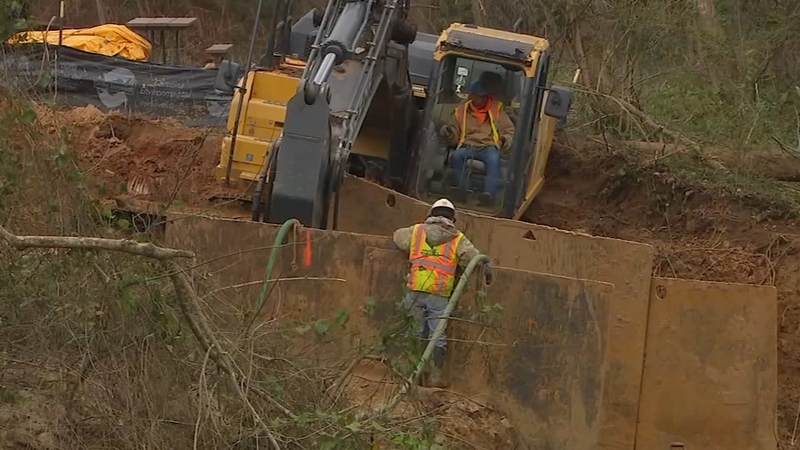 It's about to get loud in Raleigh's North Hills

RALEIGH, N.C. (WTVD) -- There is a constant buzzing outside of Dr. Joseph Campbell's front door, but for the most part he doesn't hear it.

"It took about six weeks, but you drown it out," he said.

Campbell lives on Lassiter Falls Circle where there is a bevy of activity.

The work being done is part of the Crabtree Creek Pipeline project, which is a major overhaul of the city's aging pipes. Some date back to World War II.

Construction crews are trying to break through rock and place pipes in the ground.

The work has been loud and it's supposed to get a little worse Thursday when workers will be using explosives.

It's happening less than a mile away from the busy North Hills Shopping Center.

A sign is up on Lassiter Mill Road warning drivers to use caution rolling through the area Wednesday.

Campbell is bracing himself for the blasting and said he has already dealt with explosives being set off in his neighborhood.

"They did some blasting across the creek there and you could feel it a little bit," he said. "They're very careful about letting us know when it going. They came and they took pictures of the outside structures so if there were any repercussions from it."

Although there were tremors, Campbell said there was no damage to his home.

The project starts at Capitol Boulevard and stretches over to the Crabtree Valley Mall area.

The City said rock removal by Lassiter Mill should be done in the next few weeks.