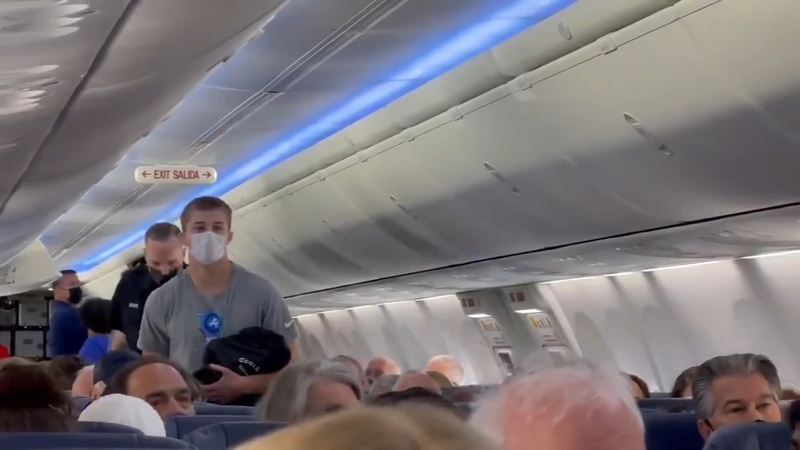 CHARLOTTE, N.C. (WTVD) -- Video shows the aftermath of an 'unruly passenger' being escorted off a Southwest Airlines plane by Charlotte police after a fight broke out over the mask requirement.

A fellow passenger on the flight from Nashville to Charlotte, Joe Timmons, tells ABC News that the "passenger refused to wear a mask and became verbally abusive in flight."

The Charlotte Police Department said officers only assisted in resolving the incident and "no passengers were arrested or charged."

In a statement, Southwest wrote: "Our reports indicate that two customers were engaged in a verbal altercation onboard Flight #730 from Nashville to Charlotte on Thursday. As a result, local law enforcement officers were asked to meet the flight upon arrival."

The recent incident is only the latest in a series of aggressions on airplanes.