The Hockey Talks initiative began in 2013 with the Vancouver Canucks following the death of Canucks player Rick Rypien, 27, who committed suicide after years of struggling with depression.

This year, 15 National Hockey League teams will host a Hockey Talks game from Jan. 5 to March 11.

These are the decals the @Canes will wear tonight during their 2nd annual #HockeyTalks night to raise awareness for mental health. Don’t be afraid to ask for help or talk to someone. My DMs are always open. pic.twitter.com/bcGTpY74HG

The Hurricanes will partner with the North Carolina affiliate of the National Alliance on Mental Illness (NAMI) and HopeLine for Hockey Talks. Both organizations will be on the concourse to share information and provide resources to fans. In addition, representatives from NAMI and HopeLine will participate in gameday experiences to highlight their efforts and work in providing mental health support.

As an organization, the Carolina Hurricanes take pride in being more than a sports team. The Canes said they want to be a major part of the Triangle community on and off the ice, and recognize they have the ability to be agents of change. 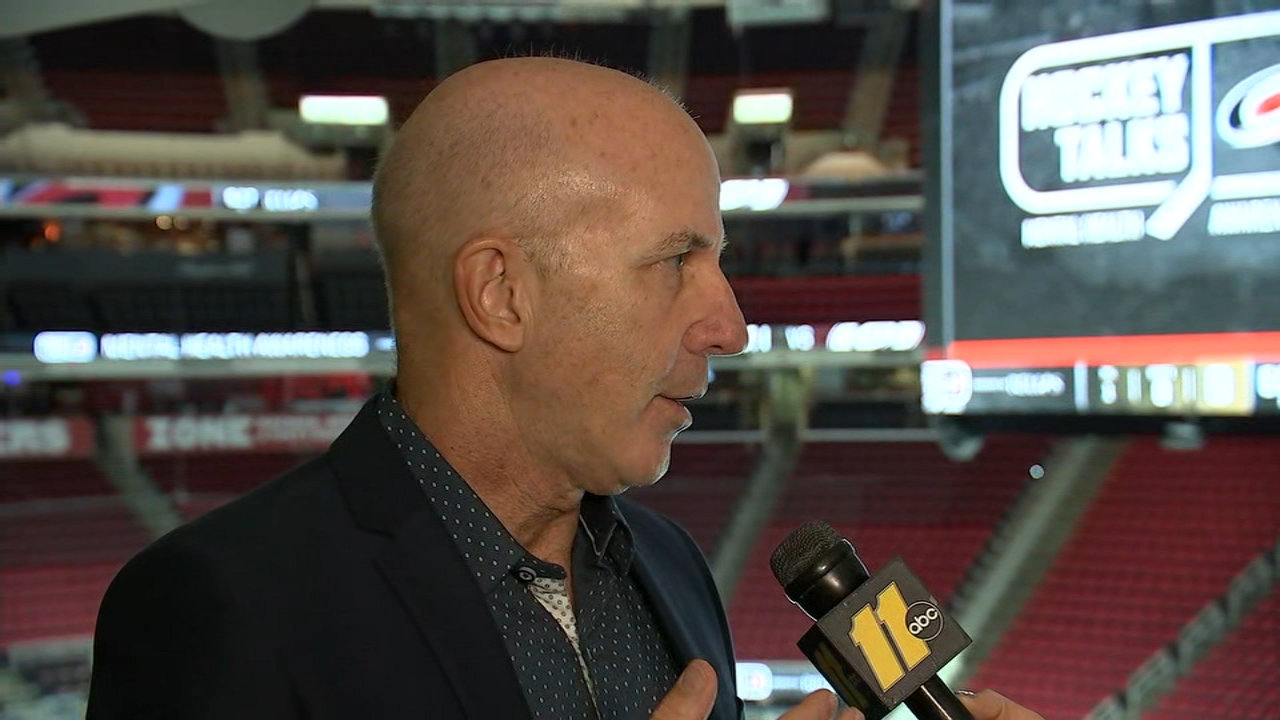 "Mental Health is an incredibly important part of our community. And by hosting an awareness night we aim to encourage conversations, reduce stigmas about mental health and support friends, family and others experiencing mental health challenges," said Jon Chase, Vice President of Community Outreach/Executive Director of the Carolina Hurricanes Foundation.

Fans are invited to take an online pledge to start conversations about mental health, reduce stigmas about mental illness, and support others with mental health challenges. By pledging, fans will be entered to win a prize package from the Carolina Hurricanes. In addition, fans can share positive, affirming messages during the game at section 108 on the Hockey Talks Wall of Encouragement.

Friday is also the second annual Prescription Drug Take Back Night. Fans are encouraged to bring unused or expired prescription drugs to PNC Arena prior to puck drop for safe disposal. Drop-offs will be located at all entrances of PNC Arena.

Hurricanes players will wear special Hockey Talks decals on their helmets during the game and will be provided with Hockey Talks T-shirts to wear leading up to the game during workouts and media interviews.

On The Red Carpet at the Emmys: WATCH LIVE