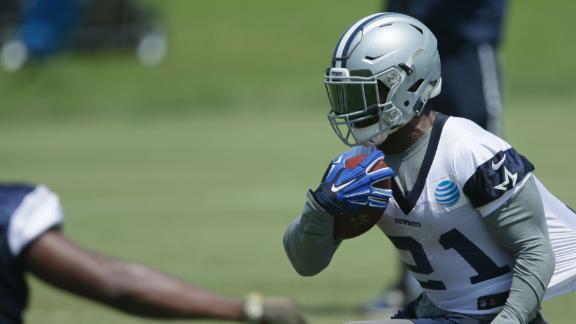 Dallas Cowboys running back Ezekiel Elliott has been accused of domestic violence but has denied the allegation.

A woman who claims to be Elliott's former live-in girlfriend has accused the former Ohio State star of assaulting her while they sat in a parked car early Friday morning, according to a police report filed Friday morning in Columbus, Ohio and obtained by ESPN.

Elliott denied assaulting the woman and told police that he never lived with her. Four witnesses, including one who was sitting in the car at the time of the alleged incident, also told police that they did not observe an assault, according to the report.