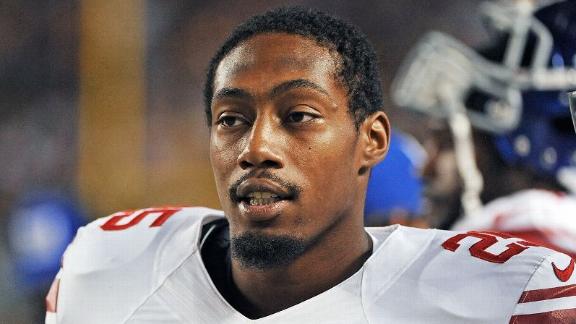 A third drug suspension in three years was too much for the New York Giants, who announced Monday that they have waived safety Will Hill.

After last year's suspension, Hill emerged as a strong performer as a starting safety for the Giants and was in line to start alongside Antrel Rolle in the secondary this season.

Several weeks ago, however, news broke that Hill had again violated the league's substance abuse policy and faced a suspension that could be a full year or longer. The appeal process resulted in the six-game suspension, which indicated that the league found at least some plausibility in Hill's version of the events that led to his latest failed test.

Hill was a standout at Florida but went undrafted as a result of off-the-field concerns. The Giants knew of those risks when they signed him as an undrafted free agent.

With Hill gone, the Giants are a bit thin at safety. The leading candidate to take Hill's spot is Stevie Brown, who had eight interceptions in 2012 but tore his ACL in the 2013 preseason and missed the entire season. The Giants also signed former Chiefs safety Quintin Demps in March, but they signed him primarily to be used as a kick returner. They drafted safety Cooper Taylor in the fifth round in 2013 and safety Nat Berhe in the fifth round this year.

The Giants have flexibility to add a free agent, as the team picked up $5 million in new salary-cap space Monday when the post-June 1 release of center David Baas became official.

Giants Cut Ties With Will Hill
Dan Graziano discusses the Giants' decision to waive safety Will Hill after a third drug suspension in three years.