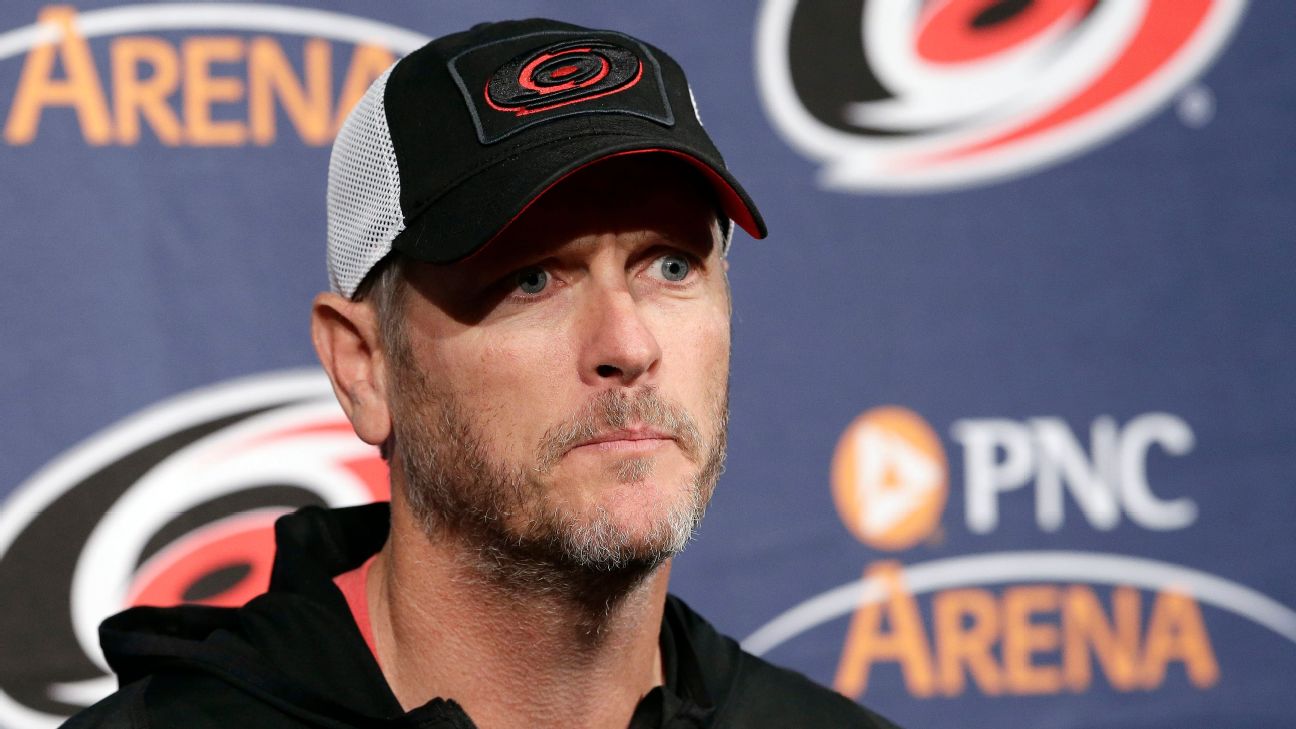 Carolina Hurricanes owner Tom Dundon isn't sure how many fans could occupy an NHL arena for games next season. He just believes it's essential that they're there.

"I think the start of next season, everybody has to be careful with [it] because I think you need fans. And so if it means pushing back the start of the season for any sport, then they should consider that, because what's the point of having sports if you don't have fans, right? They wouldn't exist. They'd be called the YMCA," Dundon told 99.9 The Fan in Raleigh last Friday.

The NHL paused its regular season on March 12 because of the coronavirus pandemic. Dundon believes the league will finish its 2019-20 season this summer "assuming we have testing." But he believes the 2020-21 season should start when fans can return to the arena.

"I would think it's a pretty good idea to push it back as long as you need to, to make sure you can have your buildings occupied. Whether that's 100% or 50%, I have no idea. [If] it's zero, I don't know why anyone would want to start a new league season with no fans, but my vote doesn't count for much," he said.

The Hurricanes have been one of the NHL teams exploring the economic impact of capping attendance next season at a lower capacity, out of social distancing or other coronavirus concerns.

When it comes to the conclusion of this season, Dundon said the NHL is still working through a large number of contingency plans and that it remains "early" in a process that could see pro sports start up again in June or July if conditions allow it. But he believes that if testing is available, the NHL will finish its season even if there are no fans in attendance.

"I think so, because we were 70% of the way through. Especially the playoffs, you get a lot more ratings, it's more of a national event. Given there's less going on, you have a bigger platform. I think when you've invested what everybody has invested to get through 75-80% of the season, you'd want to finish it. That's very different to me than starting something fresh with no fans," he said. "That's just me, though. The NHL is talking about a lot of things. That doesn't mean they'll agree with me."
Report a correction or typo
Related topics:
sportsespnnewsnhlcarolina hurricanes
Copyright © 2022 ESPN Internet Ventures. All rights reserved.
TOP STORIES
Girl dies after being shot, Durham police investigating
After abortion ruling, critics renew blasts at Sen. Collins
Out! Raleigh Pride returns to Downtown
Biden signs landmark gun measure, says 'lives will be saved'
FBI seizes disputed Basquiat artwork from Florida museum
Where abortion rights stand in NC after Roe v Wade decision
Norway terror alert raised after deadly mass shooting
Show More
Hearing set for teen accused of killing, sexually assaulting girl, 10
NC residents, organizations divided on Roe v. Wade ruling impact
Bald eagle snatches Yorkie off porch: VIDEO
Monkeypox: What is it? Health experts answer common questions
Top Republicans demand Attorney General enforce NC abortion ban
More TOP STORIES News