The ACC? Many thought the future looked bleak, especially after Florida State and the Big 12 became publicly tangled in a public relations mess that dominated spring meetings in 2012. A few months later, Maryland decided to join the Big Ten and left the ACC reeling.

What is a commissioner to do? If you are John Swofford, you swat away any doomsday talk and make your league stronger. Since 2012, he has gotten Notre Dame to join in all sports but football, but secured an annual five-game football scheduling agreement and included the Irish in future bowl partnerships; he swapped Maryland for Louisville, a huge upgrade across the board; he got league schools to raise the exit fee to $50 million; and he got them all to sign a grant of rights agreement.

On the opening day of ACC Kickoff on Thursday, Swofford and ESPN announced a long-awaited deal with ESPN for an ACC linear and digital network, along with a grant of rights extension through 2036 -- essentially stabilizing and securing the conference for the foreseeable future.

"John Swofford made all the right moves," Duke athletic director Kevin White said. "In my behind-the-barn expression, the dart board is no longer jumping. We know where the dart board is. We're pretty frozen."

The ACC has made a remarkable shift over a very short period of time. Swofford has secured his league's future for the next 20 years, all while completely outmaneuvering the Big 12 -- a conference whose future appears the murkiest of them all. The Big 12 spent all summer discussing future expansion and wondering about the prospects for its own television network.

Now the conference is talking about expansion again -- Oklahoma president David Boren said as a direct result of the ACC's network news. Any thought about trying to poach an ACC team is not based in reality.

If Florida State or any other team considered leaving over the next 20 years, it would have to pay the ACC a $50 million exit fee plus leave behind its television rights until the grant of rights expires. That's a whole lot of cash to leave on the table to join a league that looks the most unstable and most unsecure among the Power 5 conferences.

The future ACC Network, years in the making, finally puts the ACC on par with the SEC, Big Ten and Pac-12, which all have their own networks. Having more television exposure is nice, but this is about the money a television network brings in -- money the ACC hopes will allow for even more substantial upgrades to its football product.

We could debate which makes the ACC stronger -- a network or the grant of rights extension. They are both big, but the grant of rights should be considered the biggest news to emerge out of this week. With the Big 12 still hemming and hawing about whether to add more teams, extending the grant of rights basically locks ACC schools into place -- and that is the type of stability the league didn't have five years ago.

Given all these developments, the natural expectation should be for the ACC to now make the necessary steps to be more than just a top-heavy football league. After going 13 years between championship game appearances, two ACC schools have played for a title in two of the last three years. Florida State and Clemson continue to carry the flag, but programs like Miami, Louisville, North Carolina and Virginia Tech -- just to name four -- have a responsibility to the league to prove they are top 25 teams capable of contending for championships.

These are exciting times for the ACC. Playing as a stable, unified conference with a network on the way should only be just the beginning. They also provide quite a legacy for the man who has engineered it all.

"I feel great about where it is because we're where we should be," Swofford said. "It feels good to be there. The last 10 to 15 years in college athletics there's been a lot of instability, there's been a lot of rumors, a lot of people who were saying things without any basis about who might be where and why this would happen and there were all kinds of reasons why a lot of those things would not have happened.

"But I think what this does is totally take the ACC out of any kind of conversation of that nature and that's a huge plus for the league and for the individual institutions and a huge plus for our ability to truly reach our potential as a league. I think that's already started." 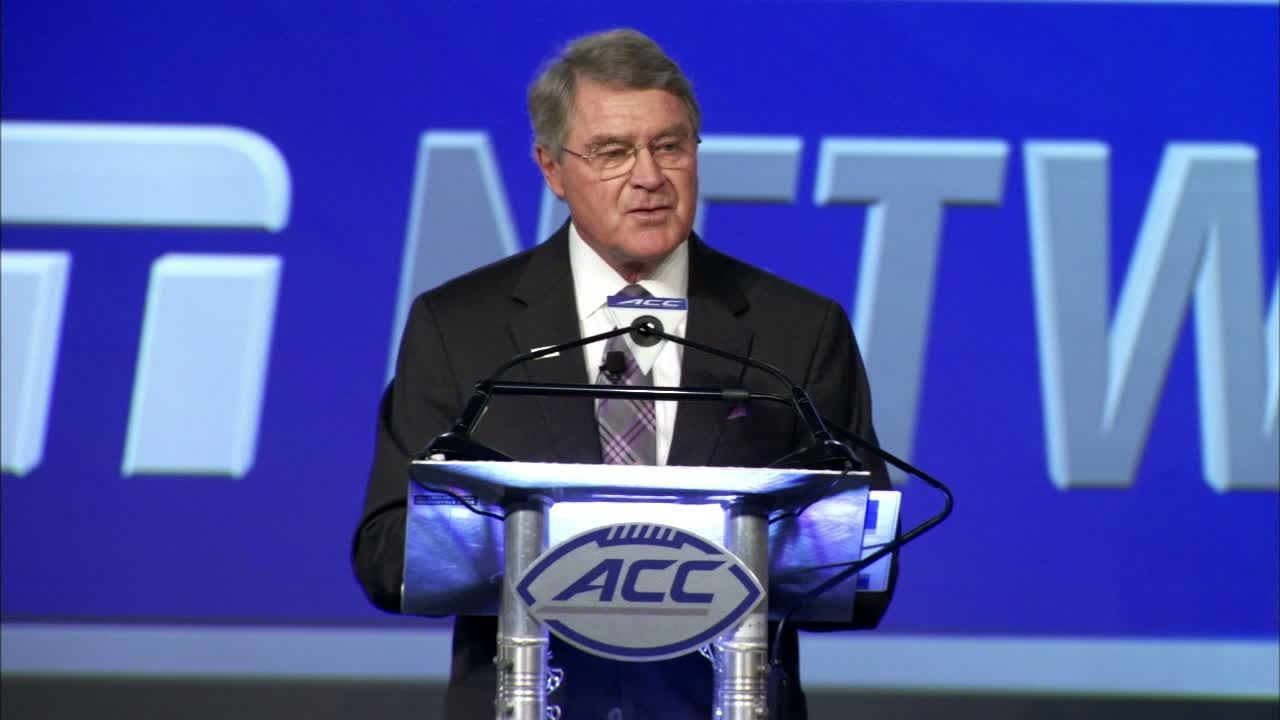