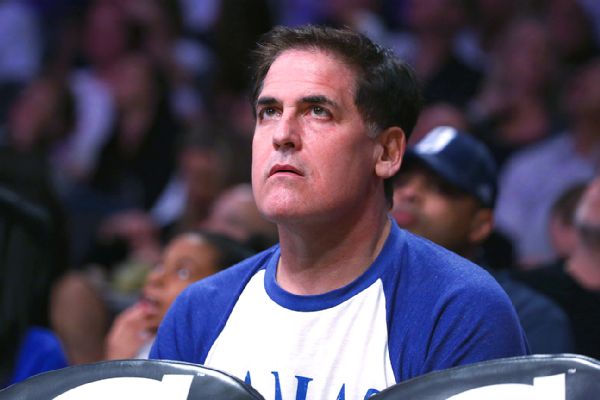 At least three NBA teams have stopped staying at Donald Trump-branded hotels this season in part to avoid any implied association with the new president-elect, according to league sources.

Sources told ESPN.com that the Milwaukee Bucks, Memphis Grizzlies and Dallas Mavericks have moved away from Trump hotels in New York City and Chicago, which bear Donald Trump's name through a licensing agreement.

Sources say that another Eastern Conference team contracted to stay at the Trump SoHo in New York this season has likewise already decided to switch to a different property in Manhattan when its current contract expires at season's end and that the Trump association is among the factors for the switch.

Seven other teams told ESPN.com on Tuesday that they are still currently scheduled to stay at Trump-branded properties this season.

As a matter of privacy, ESPN has chosen not to name those eight teams in total so as not to publicly identify where they will be staying on this season's trips for games against the New York Knicks, Brooklyn Nets or Chicago Bulls.

Trump does not currently hold an equity stake in the Trump SoHo hotel, but his company still owns and operates the Chicago property.

Sources say that the Bucks stayed at the Trump International Tower and Hotel in Chicago on a preseason trip to play the Bulls in early October, but met with complications when they tried to make an 11th-hour cancellation. Milwaukee, sources say, has already made other arrangements for its regular-season road games against the Bulls.

The Grizzlies and Mavericks, sources say, have stayed at the Trump SoHo in the past but opted during the offseason to book new New York hotels for this season.

Mavs owner Mark Cuban, speaking Wednesday, told the Associated Press that the decision was "made months ago. Not recently.''

Grizzlies coach David Fizdale, speaking after the team's shootaround Wednesday in Los Angeles, insisted that where Memphis stays or doesn't stay is not politically motivated.

"No truth to that," Fizdale told the Memphis Commercial Appeal on Wednesday. "Our decisions as to what hotels we stay in are made long before any of this election stuff took place. It's no story."

Bucks co-owner Marc Lasry and Cuban are both high-profile supporters of Democratic nominee Hillary Clinton, who last week lost the race to be the United States' 45th president to Trump.

Since the election, three prominent NBA coaches -- Detroit's Stan Van Gundy, Golden State's Steve Kerr and San Antonio's Gregg Popovich -- have publicly addressed the unease that they and some of their players feel in the wake of Trump's election, starting with the dismay Van Gundy voiced that the country's new president, in his words, is "openly and brazenly racist and misogynistic and ethnocentric."

"I think every team's got to take a look at that," he said. "I think teams are getting tuned in a little but politically and everything else. And give the players a great deal of credit on that. I've been really proud of our own players and the players around the league, that they're attuned to what's going on and they're going to stand up for their values. I think that's impressive."

Jabari Parker of the Bucks commended team ownership for its decision.

"I'm really proud we won't be staying there because I couldn't be comfortable being around him and his businesses. I know he's our president. But it's just going to take some time. And he hasn't publicly come out with an apology for anyone or for the things he said.

"And I'm connected to all the ideologies he disrespects. I was named after a Muslim. My mother is basically an immigrant because she came from Tonga. Her rights as a woman -- she got less pay. I'm black and he's said some controversial stuff about black people. When it comes to me not supporting Donald Trump, it's pretty much correlated to the things he has said."

ESPN contacted all 30 teams this week to ask about their travel plans in New York and other NBA cities that feature Trump-branded hotels, which include Chicago, Miami, Toronto and Washington.

Several teams that have stayed at the Trump SoHo in particular in the past told ESPN that they are not staying there this season but did not specifically attribute the switch to any political reason. Several more said that they've never stayed at Trump-branded hotels.

NBA teams typically make their hotel arrangements for the coming season in August after the league releases the full 1,230-game schedule for the regular season. But formal data detailing where teams stay is not maintained on a leaguewide basis.

One travel expert familiar with NBA accounts told ESPN.com on Tuesday that the Trump SoHo has emerged in recent years as an increasingly popular property throughout the league because more teams are coming to New York for two-game trips since the Nets moved from New Jersey to Brooklyn starting with the 2012-13 season.