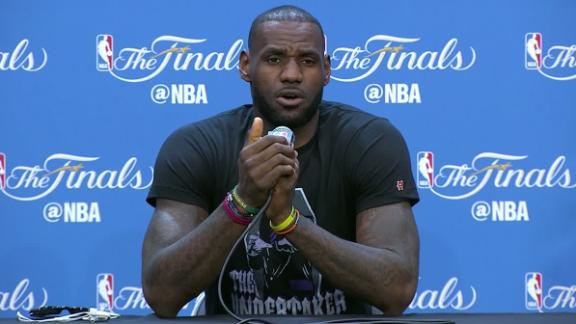 The deadly nightclub rampage in Florida that killed at least 50 people sent shock waves around the world Sunday, with many prominent athletes among those taking to Twitter and elsewhere to share their feelings about the massacre.

"It's another hit for us as Americans and what we have to deal with in our world today,"Cleveland Cavaliers star LeBron Jamessaid Sunday in offering condolences to the families who lost loved ones in the shooting.

"It definitely puts things in perspective on basketball for myself; it's just a small matter of what reality really is," James said. "My prayers to all the lost ones and all the ones that are recovering from this morning's tragedy in Orlando."

At least 50 people died early Sunday when a gunman wielding an assault-type rifle and a handgun opened fire inside a crowded gay nightclub in Orlando, Florida.

Michael Sam, the first openly gay player drafted into the NFL, took to Instagram to offer his condolences to the victims' families and express his outrage at the attack.

WNBA star Brittney Griner, also using the hashtag #prayfororlando, posted a picture of five hearts in the colors of the LGBT flag, with a red heart split in half.

Shaquille O'Neal, who began his storied career with theOrlando Magicand is the most prominent star to ever play in the city, also chimed in via Twitter:

Aaron Gordon, a forward for the Magic, reacted to the shooting with shock, as well.

The Tampa Bay Rays, Houston Astros and Atlanta Braves were among the MLB teams to hold a moment of silence for the victims on Sunday afternoon.

"We begin with our thoughts and prayers for the Orlando community and all of those affected by the tragic events this early morning,'' Father Geoff Rose of St Francis de Sales High School said Sunday at NASCAR's race in Michigan.

Additional tweets from athletes, ranging from horror at what happened to sympathetic messages for the people who died in the shooting, also rang out across social media Sunday: