"Whatever happens in Georgia, everyone should get on their knees and thank strong Black women like the fearless @StaceyAbrams and so many who slog away without appreciation," Rep. Pramila Jayapal, D-Wash., tweeted.

"There's a lot of totally correct talk about how she was pivotal to winning Georgia. Folks: Stacey & her team were pivotal to flipping Wisconsin too. And every other battleground," Wisconsin Democratic Party Chair Ben Wikler tweeted on Friday. "They worked with us to build massive, supercharged voter protection teams-starting *early.*"

Biden took a narrow lead over Trump in the Peach State overnight into Friday, but even if Biden loses, the fact that the presidential race in Georgia was a nail-biter days after polls closed brings into focus a new political reality for Republicans: The once ruby-red state has solidified its status as a battleground.

Georgia Secretary of State Brad Raffensperger predicted at a news conference on Friday morning that there will be a recount.

According to experts and advocates, demographic changes in Georgia over the past few decades set a blue tilt in motion, but the work of Abrams and grassroots voting rights activists accelerated that shift.

"Stacey Abrams had the foresight to see the demographic changes, and so she started to create the organizational infrastructure that would actually put the Democrats in place to be able to move to identify, register and mobilize new voters," Andra Gillespie, a political science professor at Emory University in Atlanta, told ABC News.

Abrams, who served as minority leader in the Georgia House of Representatives from 2011 to 2017, gained national prominence during her 2018 bid to become the nation's first Black female governor.

She narrowly lost that race to Republican Brian Kemp after a contentious race that raised allegations of voter suppression, but years before her historic run she had begun fighting for voting rights in the state.

Abrams in 2013 launched The New Georgia Project, a progressive organization dedicated to fighting voter suppression and registering people of color to vote.

Nsé Ufot, CEO of The New Georgia Project, told ABC News that over the past decade nearly 2 million people have moved to Georgia and more than 80% of those new residents are people of color, particularly Black Americans who are moving back to the South.

"We are registering those people to vote -- those folks are registering on their own -- and it has created an opportunity that we have not had in Georgia politics for quite some time," she added.

The demographic shift has been described by "political scientists and demographers as the reversal of The Great Migration," Ufot added, referring to the movement of more than 6 million African Americans away from the rural South from about 1916 into the 1970s.

Black voters represent the state's largest minority group, 32.6% in 2019, according to the U.S. Census Bureau, and per a June 2020 Pew Research report, 83% of Black voters nationally identify with or lean toward the Democratic Party, compared with just 10% who said they are or lean Republican.

"Within our organization, we don't believe that demographics automatically equal destiny, and that it's organizing that gets the goods," she explained, adding that after six years, across the state's 159 counties, they're halfway to that goal of 1 million.

Since the 2016 general election, nearly 1 million additional Georgians registered to vote, resulting in at least 7,581,879 registered voters by the Oct. 5 deadline, according to the office of the Georgia Secretary of State.

Abrams left her role at The New Georgia Project in 2016 as she prepared to run for governor, but days after her loss in 2018, she launched Fair Fight Action, a progressive election reform organization, aimed at protecting voting rights.

Over the past two years, Fair Fight has been working with Democratic parties and organizations across the country to increase voter registration, address obstacles to voting access and lobby for legislation to expand voting rights.

Abrams deserves "a lot of credit" because she built the infrastructure in Georgia that allowed Democrats to connect with and mobilize "a vast pool of untapped Democratic voters," Gillespie said, adding that this model has been "translated into the Democratic Party's organizational effort."

"She's been laying the groundwork for this and doing a lot of behind the scenes work in the party for years to convince the DNC that Georgia was a fertile place to plant and to invest," added Gillespie, who specializes in political mobilization and race.

Ahead of the 2020 election, Abrams struck an optimistic tone in an interview with ABC News Chief Anchor George Stephanopoulos when asked about Democrats' prospects in Georgia in 2020.

"My election, it was a 1.4% difference, continuing our trajectory of moving blue," Abrams said. "And because we were able to address so many of the issues of voter suppression, because through Fair Fight we were able to help expand the number of locations, I think it's going to be tight."

PATHS TO VICTORY: How Trump or Joe Biden could win the presidency

"Organizing is the accelerant that has pushed this along ... and that it's not about a candidate," Ufot said. "It's never been about a candidate. It's about long-term investment in people and infrastructure."

As progressives marveled at a potential Biden win in Georgia on Friday morning, Abrams thanked organizers who have been fighting for voting rights for years, mentioning groups like Fair Fight and the New Georgia Project as well as the late Georgia Rep. John Lewis.

Georgia has not voted for a Democratic presidential nominee since Bill Clinton in 1992.

In fact, Democrats' last chance to gain control of the U.S. Senate hinges on the party winning both Georgia Senate races, which still are too tight to call.

The special election between Democrat Rev. Raphael Warnock and appointed incumbent Sen. Kelly Loeffler has already advanced to a runoff, while Republican Sen. David Perdue also could be set for the same fate in his race against Democrat Jon Ossoff. 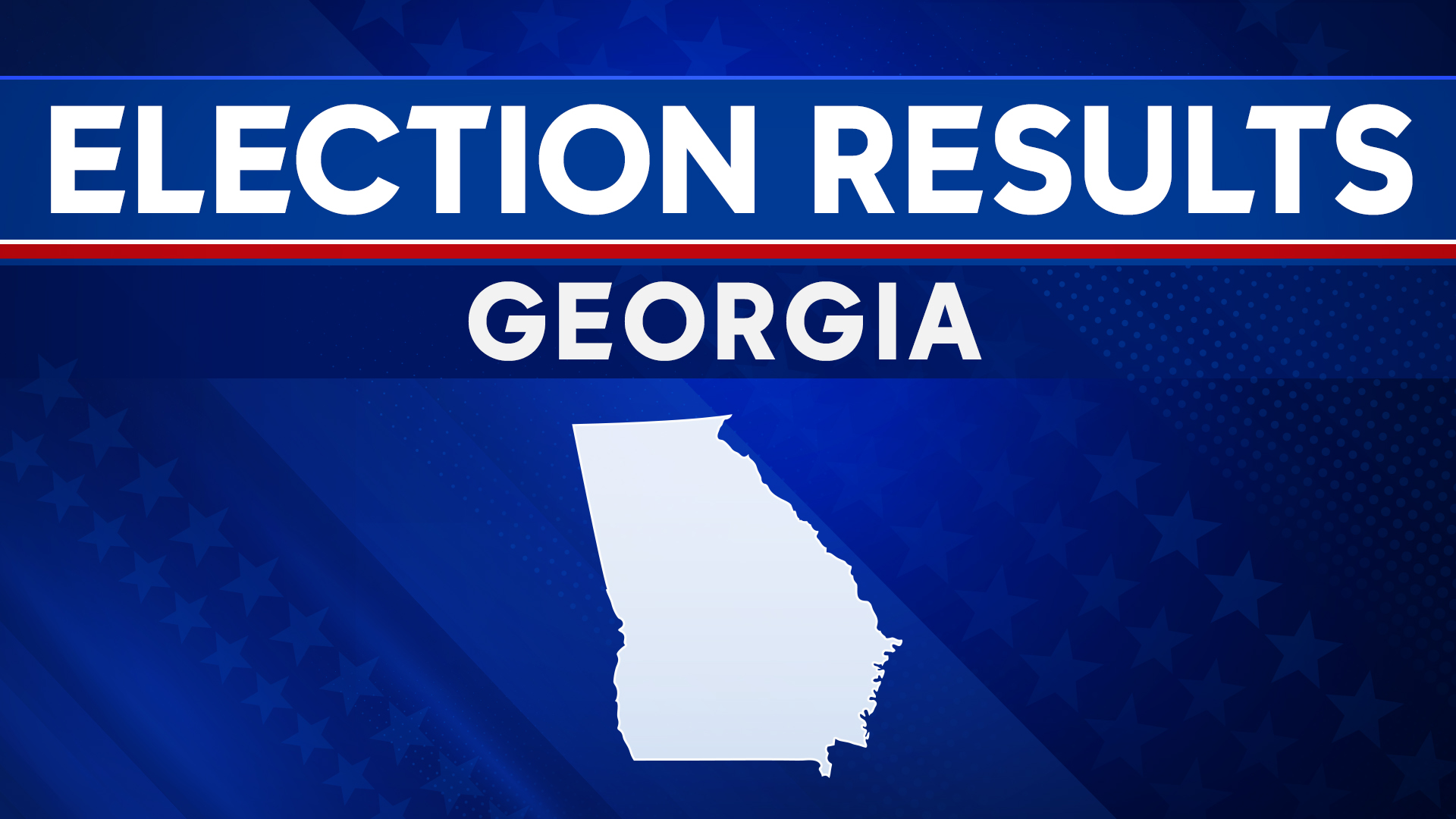 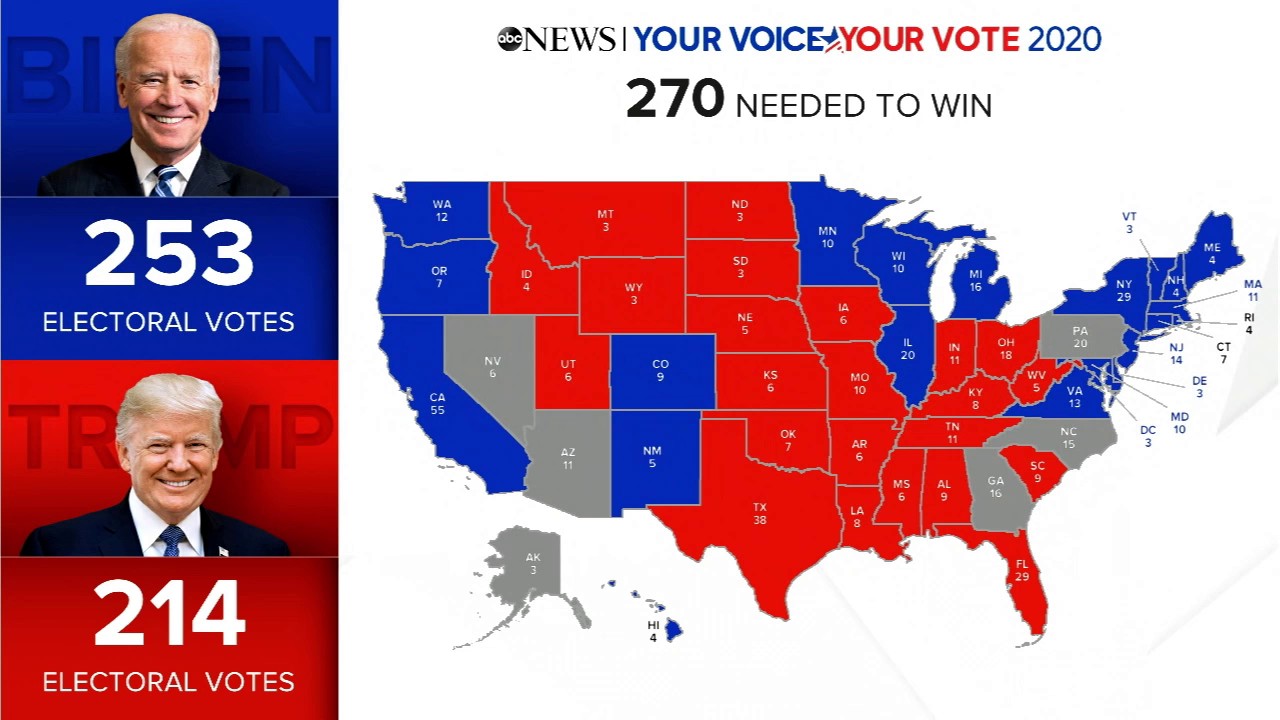