Limiting school testing: What it could mean for your North Carolina child

WTVD
By Joel Brown and The Associated Press Limiting testing - What it could mean for your child

RALEIGH (WTVD) -- President Barack Obama on Saturday called for capping standardized testing at 2 percent of classroom time and from thousands of North Carolina students and teachers feeling overburdened by the sheer amount of standardized tests forced upon them every year we're hearing a sigh of relief.

Students, parents, and teachers have long lamented the hours that kids spend taking standardized tests, especially since the introduction of the Common Core academic standards. But just how much time each year is it?

According to a comprehensive study of 66 of the nation's big-city school districts by the Council of the Great City Schools, testing amounts to about 2.3 percent of classroom time for the average eighth-grader in public school. Between pre-K and 12th grade, students took about 112 mandatory standardized exams. 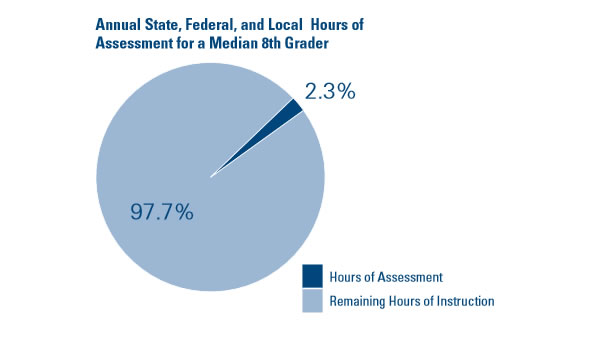 The study analyzed the time spent actually taking the tests, but it did not include the hours devoted to preparation ahead of the testing required by the federal government, states or local districts. It also did not include regular day-to-day classroom quizzes and tests in reading, math, science, foreign languages and more.

Even while acknowledging that the government shares some responsibility for an over-emphasis on testing, the president said federal officials would work with states, schools and teachers to "make sure that we're not obsessing about testing."

The Obama administration still supports annual standardized tests as a necessary assessment tool, and both House and Senate versions of an update to the No Child Left Behind law would continue annual testing. But the rewrite legislation would let states decide how to use test results to determine what to do with struggling schools. Differences between the two bills still need to be worked out.

"Learning is about so much more than just filling in the right bubble," Obama said in a video released on Facebook. "So we're going to work with states, school districts, teachers, and parents to make sure that we're not obsessing about testing."

That was Raleigh 9th grader Philip Sanders' response when we asked him how much standardized testing he endured last school year. We caught up with Philip at his tutoring session for Spanish class Monday.

"Oh, tomorrow we have another standardized test, like another one?! Cause we just had so many of them," he said.

President Obama's newly announced testing action plan could lessen that load. Capping standardized test-taking at 2 percent of class time in North Carolina would mean no more than 20 and half hours a year.

We focused on Philip because North Carolina 8th graders endure more standardized testing than any other grade level. Counting state, federal, and local exams, they spend 2.3 percent of class time taking the assessments.

Philip's tutor says he's heard the anxiety and stress from students, parents, and teachers - many of whom feel forced to teach to the test.

"It puts constraints on what a teacher can do to be innovative and creative in getting results in their own classroom, and forces everybody to fit a cookie-cutter mold," said Justin Pescosolido with the Huntington Learning Center.

AND CLICK HERE FOR THE FULL EXPLANATION FROM THE NCDPI (.pdf) 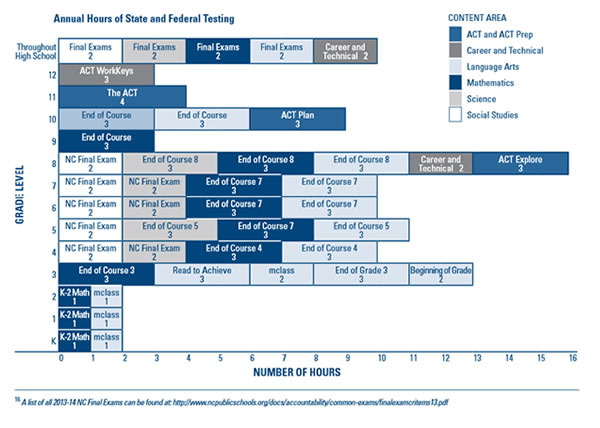