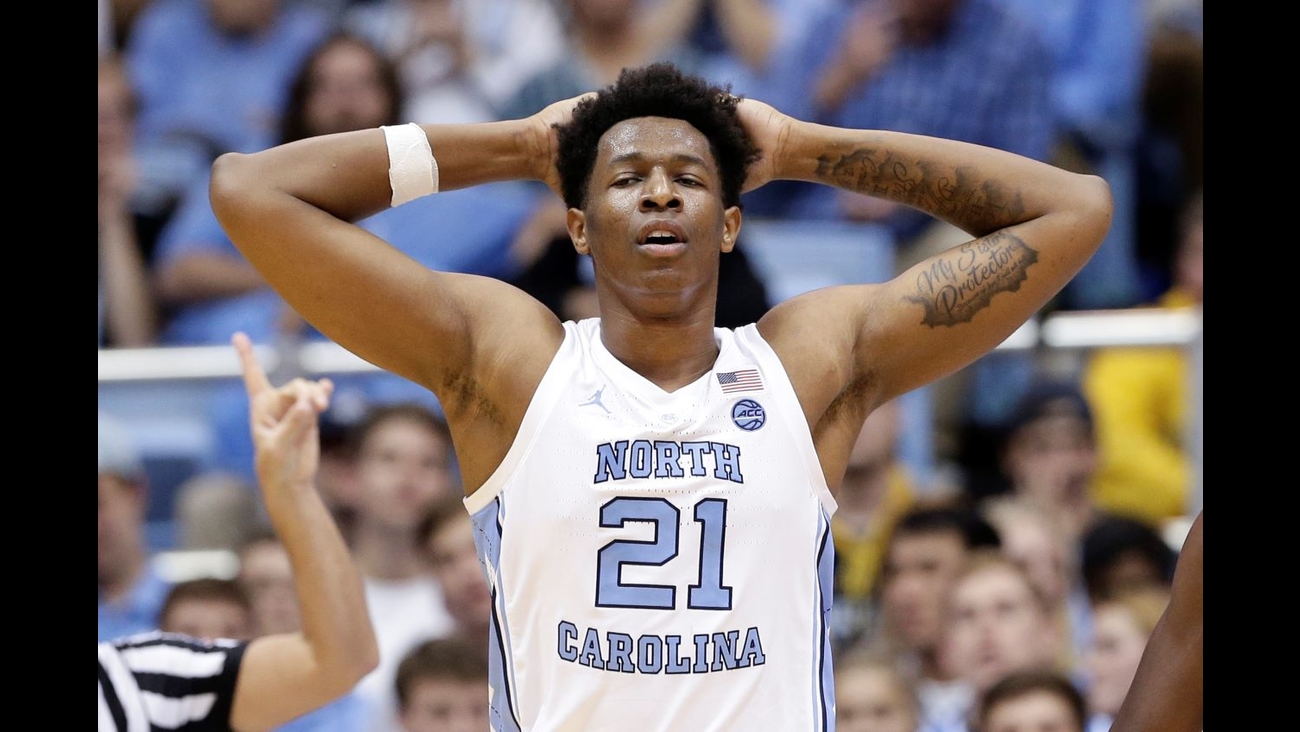 CHAPEL HILL, N.C. (WTVD) -- Roy Williams' roster for the North Carolina men's basketball team got a little thinner Friday as a third player in less than a week announced his departure from the Tar Heels' program.

Forward/center Sterling Manley announced Friday night that he would be transferring from UNC.

Manley, a 6-11, 250-pound redshirt junior from Pickerington, Ohio, had surgery in December 2019 to repair cartilage in his left knee. He appeared in only three games this past season for the Heels, logging just five minutes.

Monday, 7-1 former five-star recruit Walker Kessler announced that he was transferring from North Carolina after one season.

Manley wrote that he "had been blessed to have four years" at UNC but said that he's decided to "take my talents and move elsewhere" after he graduates this year.

Here’s what I’ll remember most about Sterling Manley https://t.co/gb0Ehc7RWT