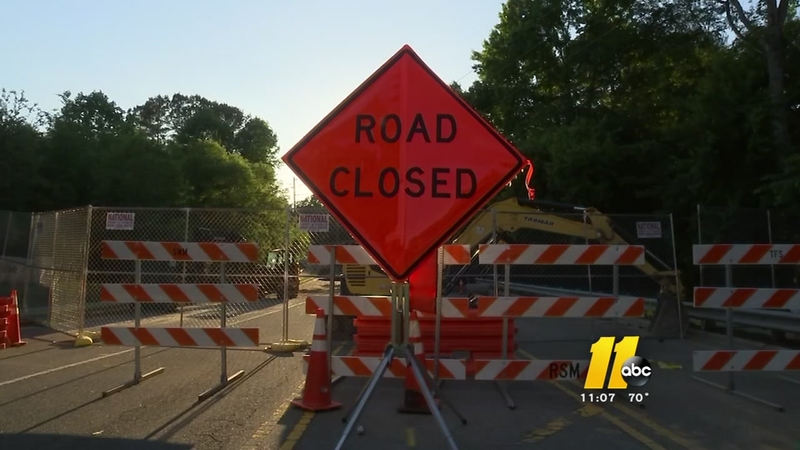 RALEIGH, NC (WTVD) -- Newton Road between Falls of Neuse Road and Six Forks Road will be closed through August after a sinkhole opened during Monday's flash flooding

Crews need to make repairs to the stormwater pipe, water main, and the road.

Close to four inches of rain fell in north Raleigh within an hour and a half, officials said. This overwhelmed the stormwater infrastructure on Newton Road and caused more erosion at the entrance of the impaired double 72-inch diameter stormwater pipe, leading to its failure and the water main break. 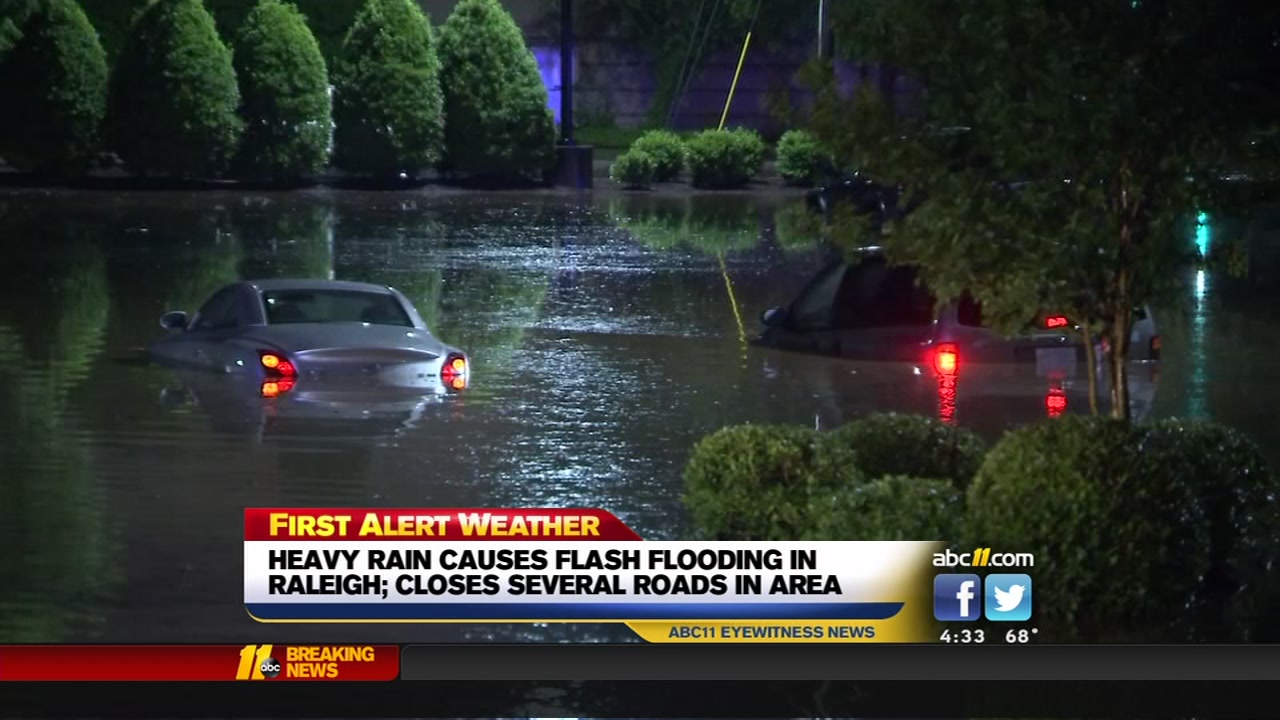 The culvert replacement is expected to begin in June with the road re-opening at the end of August.

Frankie Shaw Jr.'s fascination with the gaping hole quickly turned into frustration when ABC11 broke the news about the city's three-month timetable to design and replace the culvert that failed Monday and caused this mess.

"I will have to figure out another way to get out of the neighborhood to get to work because I actually go down Newton to get to Falls of Neuse Road," Shaw said. "So I have to make a big circle just to get to work every day."

Shaw said he and his neighbors at the nearby Sandy Creek Condominiums lost water for five hours after the ground gave way. Residents are now getting water service through alternate pipes while repair work is underway.

"I'm the carpool person, so it complicates things," said Sandy Creek resident Gretchen Phillips. "Cause I'm always driving around and through and awkwardly to get home."

The completion date may vary depending on weather and unexpected construction delays.

The water main will be offline until the pipe is permanently fixed. A temporary water service provided by the Public Utilities Department is in place for properties affected by the broken pipe. This water main that crosses over the stormwater pipe lost support during the storm, which caused the water main to break and led to additional erosion in the area.

A gas main also was exposed when both the stormwater and water pipes failed. PSNC Energy will be monitoring the gas main while repairs are made.