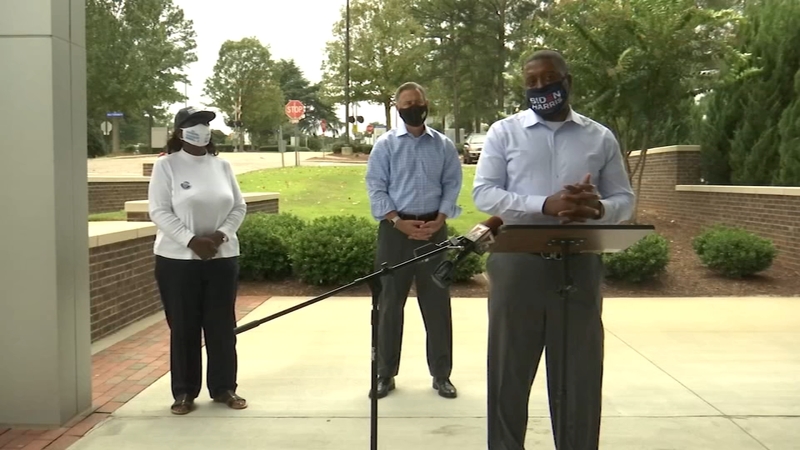 On Monday, Trump will visit the Tar Heel State and it will mark his ninth visit after his initial Thursday visit was canceled due to a wind advisory.

"We've seen what's happened over the last four years: our economy has tanked, race relations are at an all-time high and we don't have an answer for the pandemic," said Mayor Mitch Colvin.

Fayetteville Mayor Mitch Colvin, Senator Kirk Deviere and congressional candidate Pat Timmons-Goodson held a press conference on the campus of Fayetteville State University. The local politicians slammed President Trump's handling of the COVID-19 pandemic while holding rallies as many urge him not to.

Five days out from the election, Timmons-Goodson told ABC11 early voters are waiting in long lines at polling locations across the county because they are seeking new leadership.

"We have folks who have lost loved ones to this pandemic. We have folks who realize there's no plan to deal with this. We're not much better off than we were when the virus began. That's as a result of this leadership," said Timmons-Goodson.

President Trump plans to make a final pitch to North Carolinians ahead of election day as Colvin urges supporters to stay safe.

"I ask everyone to please wear a mask. Do those common-sense things of social distancing, wash your hands and let's not spread this virus further in our community," said Colvin.

The string of criticisms come a day after Governor Cooper indirectly took aim at Trump's campaign rallies during a Wednesday task force meeting.