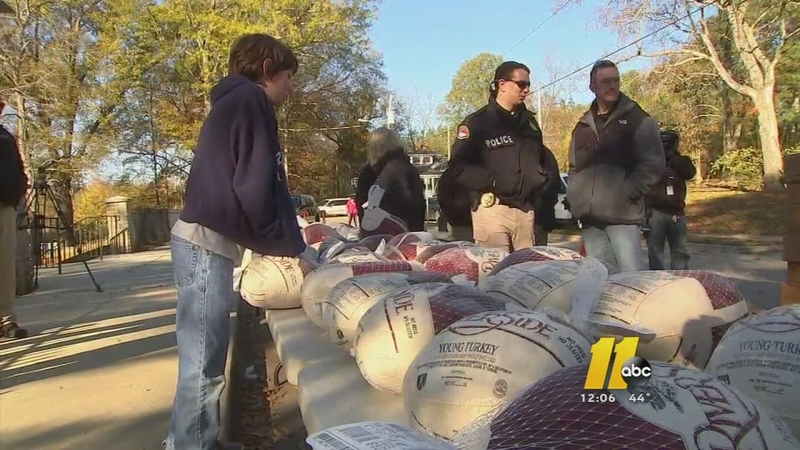 WAKE FOREST, N.C. (WTVD) -- The Wake Forest Police Department is doing its part to help those in need.

As part of their 9th Annual Turkey Drive, they handed out free turkeys on Monday for those who couldn't buy their own for Thanksgiving.

"A lot of people can't afford to buy (any) turkeys. I think it's really nice that the police department does stuff like that for us every year," said Celeste Johnson, a Wake Forest resident.

It's happening at a time when a lot of people are struggling to make ends meet.

"The biggest thing is the economy going up and down," said Michael Sattler, a Wake Forest police officer. "We found, going back to 2007, that there's a real need here in Wake Forest."

Despite the frigid temperatures, the police department started giving out the birds half an hour before they originally planned because of the long lines.

On Saturday, the police collected a record number of donations. They said they received 182 turkeys and over $1,500 in donations to buy more.

That was the highest numbers ever for them.