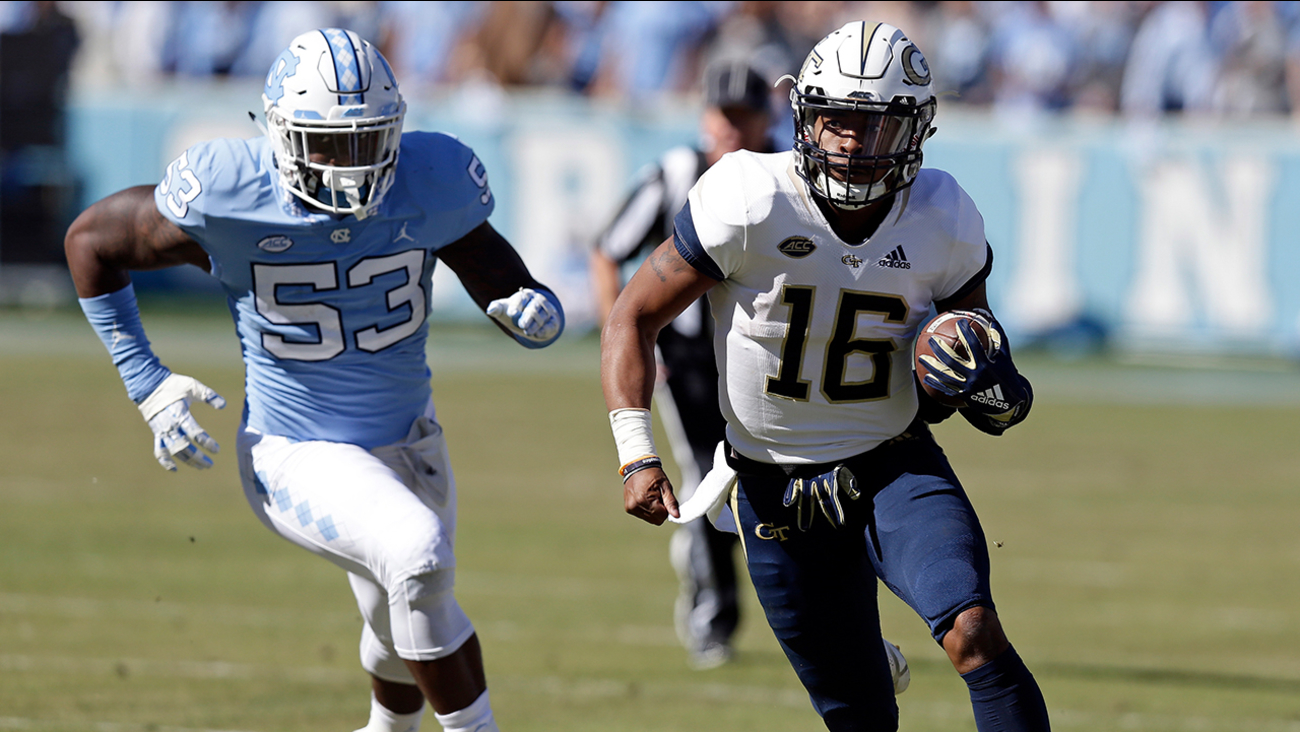 Oliver broke a 28-28 tie with a 1-yard touchdown run with three minutes remaining for the Yellow Jackets (5-4, 3-3 Atlantic Coast Conference), who won for the fourth time in five games.

Georgia Tech, which entered the game averaging a nation-leading 366.5 rushing yards per game, ran for 461 yards against a North Carolina defensive line depleted by injuries and suspensions. It was the Yellow Jackets' fifth 400-yard rushing performance of the season, a school record.

After trailing 28-10 in the third quarter, North Carolina scored on three consecutive possessions, tying the game on a 1-yard touchdown run by Antonio Williams and a 2-point conversion.

Cole Holcomb had a career-high 22 tackles and three forced fumbles for the Tar Heels.

Elliott was replaced in the second quarter by freshman Jace Ruder, who led North Carolina to a field goal and a touchdown on two drives before leaving with an injury. Elliott re-entered the game and finished with no touchdowns and three interceptions.

Georgia Tech: The Yellow Jackets moved above .500 for the first time since the season opener, but it wasn't easy. They survived a series of self-inflicted wounds in the second half, sandwiching a pair of lost fumbles around a botched play on fourth and inches that resulted in a turnover on downs.

North Carolina: It was another heartbreaker for the Tar Heels, who lost their fifth consecutive game. North Carolina dropped to 5-19 in its last 24 games, a stretch that includes a 2-14 record in conference games and a 2-9 mark at home.

Georgia Tech: The Yellow Jackets host Miami, which has beaten them in eight of the last nine meetings.