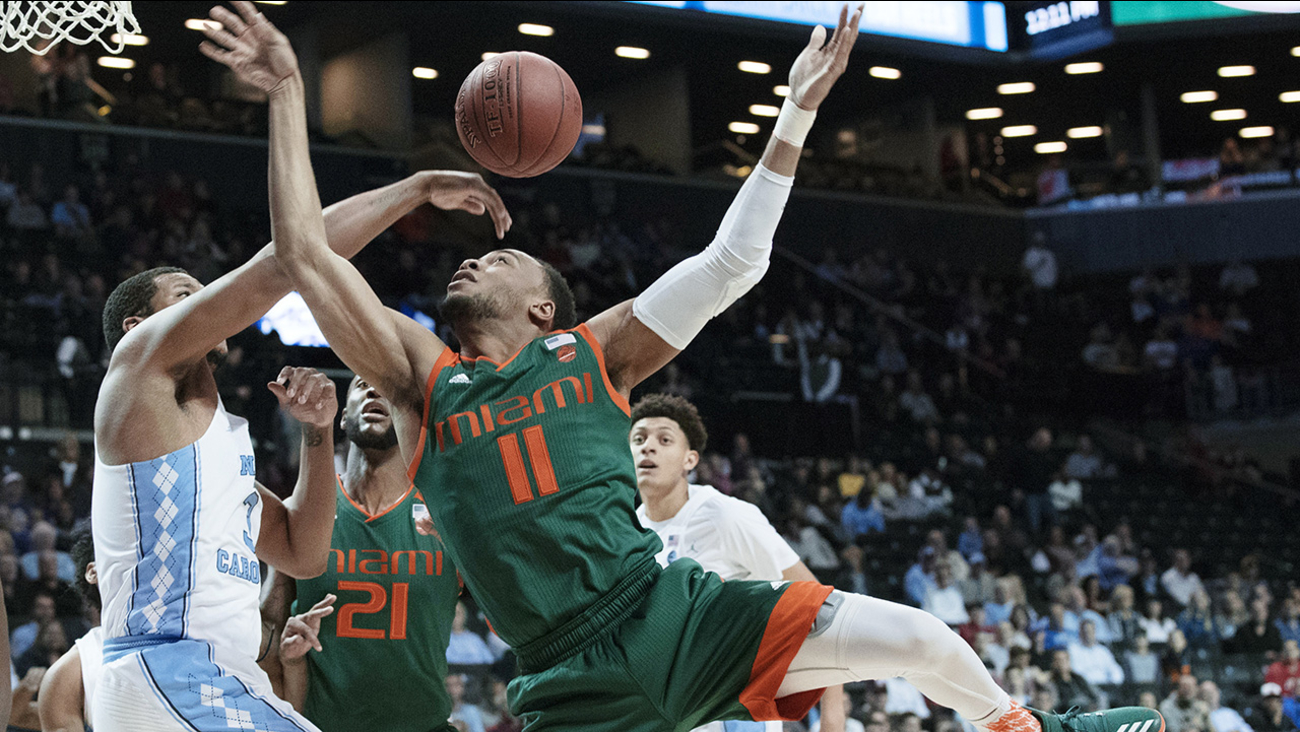 BROOKLYN, New York (WTVD) -- Theo Pinson tried an alley-oop pass that went directly into the basket for a surprise 3-pointer, and the befuddled look on his face was priceless.