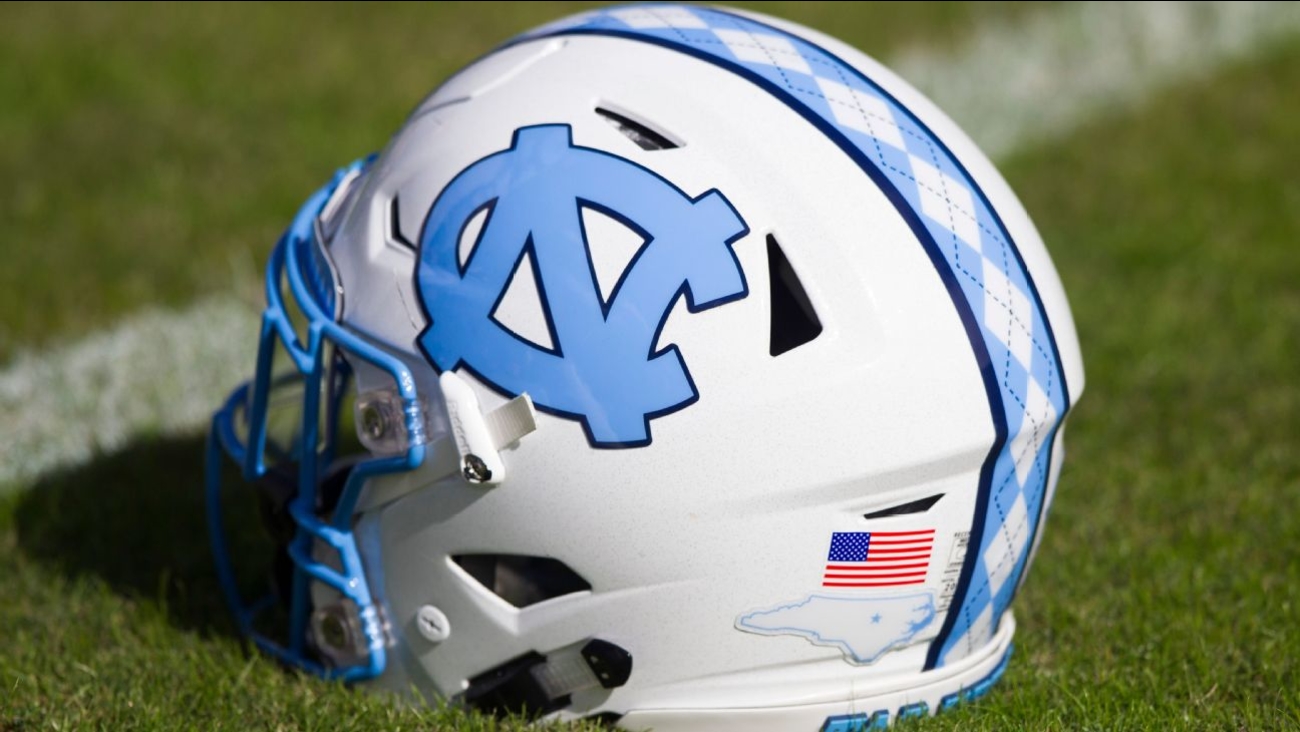 CHARLOTTESVILLE, Va. -- Brennan Armstrong threw for three touchdowns and ran for another, and Virginia scored 28 consecutive points before holding on to beat No. 15 North Carolina 44-41 on Saturday night.

Armstrong hit Shane Simpson for 71 yards, Ra'Shaun Henry for 18 and Tony Poljan for 17, the latter giving the Cavaliers (2-4, 2-4 Atlantic Coast Conference) a 41-20 lead with 5:34 left in the third quarter on their way to their fourth consecutive victory in the series.

The Tar Heels (4-2, 4-2) made it close behind a fantastic performance from quarterback Sam Howell and receiver Dyami Brown. The pair hooked up for three of Howell's four touchdown passes, covering 54, 10 and 13 yards. Howell also hit Khafre Brown with a slant pass that he took 76 yards to the end zone.

After pulling within 41-27, UNC intercepted Armstrong and scored to get within 41-34 early in the fourth quarter, held Virginia to a field goal after a 15-play drive and needed just four plays to score again, with Howell hitting Dyami Brown for 19 and 47 yards to start the drive.

Armstrong hobbled off after a 3-yard run when the Cavaliers got the ball back, but Keytaon Thompson came on and, on fourth-and-4 from the Virginia 41, took the snap out of punt formation and ran 6 yards to allow Virginia to run out the clock.

Howell finished 23 for 28 for 443 yards and Dynami Brown caught 11 passes for 240. Last year, as a sophomore, he had six receptions for 202 yards and three more TDs against the Cavaliers.

Armstrong was 12 for 22 for 208 yards and ran for 66 yards as the Cavaliers piled up 210 yards on the ground while limiting the Tar Heels, who arrived averaging 249 rushing yards, to 93. Virginia sacked Howell five times, four by linebacker Charles Snowden.

The Cavaliers used two gifts to grab a 27-20 lead 1:14 before halftime. Armstrong was sacked for a 7-yard loss, but a personal foul against Trey Morrison kept the drive alive. The Cavaliers eventually punted, but Rontavius Groves muffed the punt and long snapper Tucker Finkelston recovered at the 20. Three plays later, Thompson ran it in.

The Cavaliers, who allowed a touchdown on the second play at Miami last week, waited twice as long this time. After Howell hit Garrett Walston for 15 yards on third-and-4, hit hit Dyami Brown behind De'Vante Cross for 54 yards and a 7-0 lead after just 1:25.

North Carolina had another drive that took even less time when Howell, on the first play after a fair catch at the 24, hit Khafre Brown on a slant.

The Tar Heels almost pulled even before halftime. After passes of 36 yards to Dyami Brown and 29 yards to Dazz Newsome, a pass interference call against Antonio Clary moved the ball to the 2. North Carolina tried a lateral to Newsome, who bobbled the ball. In the ensuing scramble to recover the loose ball, time ran out on the half.

North Carolina: The Tar Heels got a bizarre opportunity in the second quarter and used it to pull even at 13. On third-and-12 from Virginia's 14, Howell was sacked by Zane Zandier and fumbled. He recovered but the officials inadvertently blew the play dead with the ball still live. That gave UNC the option to redo the play, which it elected to do, but Carter gained nothing on a short pass and Grayson Atkins kicked a 30-yard field goal with 12:33 left.

Virginia: Snowden got off to a slow start this season when he was expected to be dominant, or at least garner much attention, but he's come alive in the last two weeks. He had 3 1/2 tackles for losses, including a sack, last week in a 19-14 loss at Miami and four sacks against the Tar Heels, including two on one drive to force a field-goal try and another on the opening play of the next drive.

The Tar Heels stay close to home, playing at Duke next Saturday.