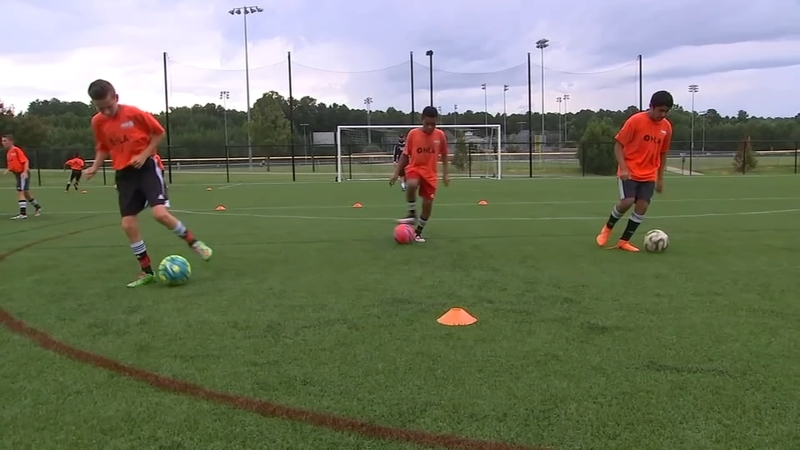 The milestone agreement is long overdue, according to NC Courage head coach Sean Nahas, who spoke ahead of the team's first home opener of the regular season Wednesday night.

"Sets the standard," Nahas said. "In terms of, doesn't matter who you are, what gender you are. You deserve the same amount of pay for doing the same job. I think at the end of the day, I mean, look, the women have had unbelievable success. They've been the best in the world for decades. And you know how it took this long to get here? I don't know, but we're here."

For North Carolina FC Youth, the historic accomplishment is significant to young men and women playing soccer as well.

"From a youth soccer perspective at NC FC Youth, I mean, our goal is to make sure that girls and boys in the same programs have equal opportunity, equal access, equal resources," Katharine Eberhardt said. "I think having this top-down approach from US Soccer, it will certainly create that trickle-down effect where everyone notices, everyone sees it, and you know, we want them to see it. We want people to know ... it should be an equal space for girls and boys."
Report a correction or typo
Related topics:
sportscaryncpay raisesocceru.s. soccer
Copyright © 2022 WTVD-TV. All Rights Reserved.
TOP STORIES
Fayetteville police kill armed woman having mental 'crisis'
Texas Supreme Court blocks order that resumed abortions
Planned Parenthood Raleigh reporting an influx of out-of-state clients
1-year-old dead after being left in hot car in Mebane
'Iconic' Raleigh Char-Grill to be redeveloped for 20-story high rise
Filipino American Performing Artists of NC hosts free workshop
Poison frontman Bret Michaels hospitalized with undisclosed illness
Show More
Hospital admissions more than triple around July 4th holiday
Activists call for arrest of Raleigh woman in Emmett Till case
ESSENCE Festival descends on New Orleans to celebrate Black culture
'Miracle baby' improving thanks to last-minute treatment
12-year-old, mom badly burned in science experiment explosion
More TOP STORIES News