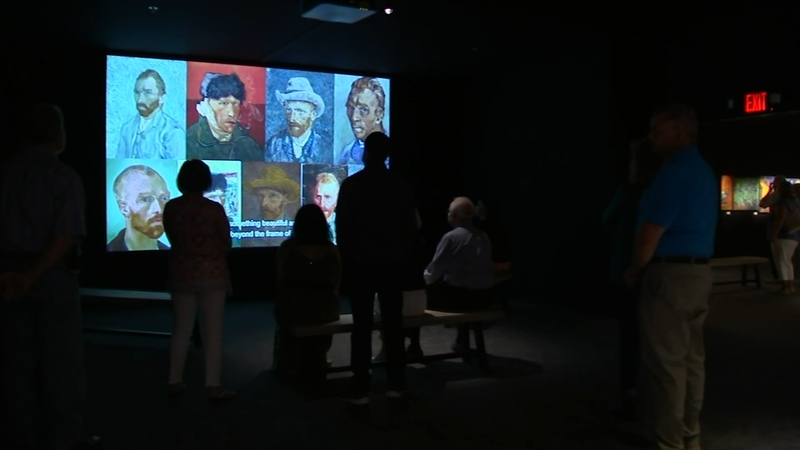 RALEIGH, N.C. (WTVD) -- After weeks of delays, the popular Van Gogh: The Immersive Experience is open in Raleigh.

"Kind of like the life of Van Gogh, there are ups and there are downs, and we experienced some unavoidable delays here in Raleigh that put us back a little bit in our timeframe, but every single day from the day we announced Raleigh, I've been working on getting the show open and we're thrilled to be open now here in Raleigh," the executive director of the show, John Zaller, said.

Hundreds of people checked out the opening day of the art exhibit, which is in a former movie theater in the Pleasant Valley Promenade shopping center off of Glenwood Avenue in Raleigh. Tickets went on sale in December and the exhibit was supposed to open at the end of March.

Troubleshooter Diane Wilson heard from ticketholders who were frustrated with the delayed opening and lack of communication about when the show would open. Zaller said unforeseen delays in the production caused opening day to be pushed back to Friday.

Now that the art exhibit is open, ticket holders can expect to see the different histories of Vincent Van Gogh's works of art.

"We start to bring the works to life in 3D and then the crown jewel of our experience is our immersive gallery," Zaller said. "It's about an 8,000-square-foot gallery that has 24-foot projections all around you, 360 on the walls and the floors are all a Van Gogh's works come to life in an amazing digital format that's never been seen before. Following that we have a drawing area where you can channel your inner artist and scan that drawing into our show and become a part of the show forever."

Michelle Maleski lives in New York and is in town visiting. She checked out the show on opening day and left very impressed.

"To see his art move and then they tell you the stories and all his quotes and the things he thought about when he was painting, so that was a really original and unique experience," Maleski said.

Take a sneak peek at the Van Gogh interactive exhibit in Raleigh.

As patrons wander through the exhibit, each room gives a different history of Van Gogh.

"It was an amazing experience just to have it be so interactive and just be totally be emerged with the art and understanding the history," Linda Christensen said. "It was nothing I ever expected."

For anyone who bought a ticket to the show and has tickets for when it was not open, fret not.

"Any ticket holder who has a ticket and wants to come, we're going honor that ticket," Zaller said. "They can bring that ticket to the ticket counter. They can also rebook through the Fever App, and also through the email hello@feverup.com."